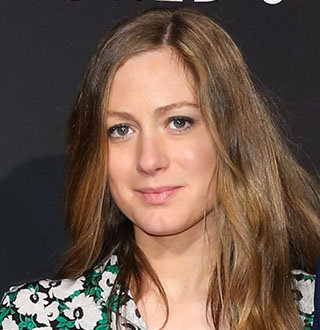 Not everyone is fortunate enough to be married to their best friend. Only a few people like English actor, Eddie Redmayne, and his wife, Hannah Bagshawe, are lucky enough for that. After 12 years of friendship turned into a romantic courtship, the duo quickly escalated in their relationship.

Hannah is a Public Relationship executive based in England, mostly known as the wife of Oscar-winning actor Eddie Redmayne, known for popular movies like The Theory of Everything, The Danish Girl, Fantastic Beasts and Where to Find Them. Eddie will soon appear on the Fantastic Beasts sequel, Fantastic Beasts: The Crimes of Grindelwald.

Here we present to you some interesting and quirky wikis about Eddie Redmayne's wife, Hannah Bagshawe.

On 30 November 1982, Hannah Bagshawe was born to parents Nicholas Bagshawe and Caryl Bagshawe, in London. She later went on to attend the University of Edinburgh and graduated with a degree in English Literature and French.

Hannah works as a PR executive, often times with her husband, in England. Being his wife, she also shares Eddie Redmayne's marvelous net worth, which stands at over $4 million according to the wikis.

Hannah stands at an average height for an Englishwoman.

2. Hannah Met Eddie At High School, Was Friend For 12 Years Before Becoming Girlfriend

Hannah met her future husband, British actor, Eddie Redmayne, long before they started dating. While Eddie attended Eton College in Eton, Berkshire, Hannah studied in a local girl’s college. The two met and befriended each other during a charity event Hannah and her friends organized; this happened in the year 2000.

For the next twelve years, Hannah and Eddie remained friends but were not a couple. Things, however, changed in 2012, when Eddie invited Hannah on a trip to Florence, Italy. The couple started dating after that, and only two years later, they were engaged to be married.

Eddie and Hannah’s wedding, though intimate and attended by fewer people, was nothing sort of fantastic. It was the Winter Wonderland themed wedding at the historic Babington House in Somerset.

According to Eddie, the couple liked the In The Bleak Midwinter, and a winter wedding was the perfect place to do so.

Meanwhile, one off-putting side of the otherwise perfect wedding was that Hannah was late for the ceremony. But Eddie, knowing Hannah as well as he did, wasn’t concerned and thought nothing of it since, according to him, Hannah “ has never been on time for anything in her life.”

Eddie Redmayne might be one of the most acclaimed actors today, but it seems as if his fame is useless for his married life and family. Apparently, as Eddie himself puts it, Hannah keeps him grounded.

There was a moment yesterday where I was in rehearsal and my wife was calling me because our dishwasher broke down … So in the process of trying to focus on my craft, I was dealing with the blocked pipes.

It looks as if Hannah drags him back to the grounds of the everyday family life when he is flying high as an actor in the lights of Hollywood fame. In the fourth years of their marriage, and with two little young uns, Hannah and Eddie seem to be on the right path in their life. And since, there hasn't been rumors of any sorts of confrontations between the couple, it seems their relationship is going to last long. We only wish them all the world's best.