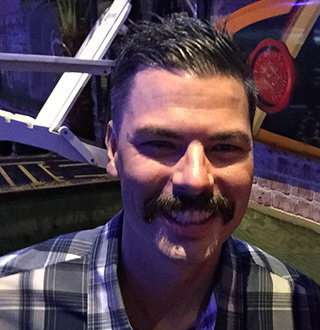 American Twitch.tv streamer Dr. DisRespect had his secret slipped out when a close friend of his confessed that he had cheated on his wife in 2017. So, how are the streamer and his wife holding up with their marriage after a year?

The Doctor is quite known for playing battle royale video games including PlayerUnknown’s Battlegrounds, H1Z1, and Call of Duty: Black Ops 4, and streaming them on the gameplay streaming site Twitch. He is quite popular in the gaming community and has amassed more than 2 million subscribers on Twitch.

It's Youtube Not Twitch: Dr. DisRespect uploads a compilation of his Call Of Duty Blackout streams from twitch on his YouTube Channel ‘DrDisRespect’ (Published on 7 November 2018)

As a smooth gamer on the platform, Dr. DisRespect was given The Game Awards for the category of Trending Gamer in 2017.

Dr. DisRespect's Rise To Respected Gamer Through Twitch, Net Worth

As like many others, the doc also started playing games so as to take a break from the daily hectics of an ordinary life. He like many others at the beginning of this decade was addicted to playing war games, Halo to be more specific.

You May Also Like: Heidi Rhoades Wiki: Jillian Michaels, Age 44, Split After Ring - Why?

But unlike many others, the doc had a problem, he was excellent at playing the game. His eccentric character originated as he excelled in playing Halo 2--where players could engage with each other in real time.

This gave him an opportunity to showcase a dominating character of himself as he was pretty good at the game.

He soon started posting content to YouTube, and his first video was gameplay of Call of Duty: Modern Warfare 2 on 11 January 2010. Herschel, age 36 began to get featured in multiple videos on the gaming channel, Machinima where he mostly played Call of Duty.

He stopped posting on YouTube in late 2011 as he was appointed as the community manager of Sledgehammer Games on 16 March the same year to add to his blooming net worth. But the gamer soon left the work in 2015 to heighten a full-time streaming career.

And as of now, he is one of the most loved gamers in Twitch and has a full 24,000 paid subscribers. According to various online portals, he enjoys a net worth of more than a million dollars.

It is not just his gameplay and streaming abilities, but his avatar that has attracted a huge amount of viewers.

The gaming guru has a carefully harbored image of an eccentric man, with a mustache that would make Freddie Mercury proud. However, that is not what he looks like in real.

Real name Herschel ‘Guy’ Beahm IV, the doctor was born on 10 March 1982 and was raised in Encinitas, California.

Most of the people still don’t know his real name and let’s not forget to mention that he often hides his real face by dressing up as his character wearing a mullet wig, sunglasses with a mustache.

And the real name and his real face might have remained in obscurity had he not been drawn in a mighty fiasco.

Dr. DisRespect Cheated On His Wife

It was in December 2017 when one of Guy’s top moderators, OHMEGA slipped the word that the gamer had been cheating on his wife on stream. In a tipsy manner from drinking whiskey, OHMEGA confessed that he knew of four different women that Guy cheated on his wife within two years.

The allegation was caught live on stream that has since been deleted, and OHMEGA apologized for it on a tweet, saying ‘I f**ked up. I’m sorry everyone.’

He stepped down as a moderator out of guilt for his actions against a friend of 3 years soon after the incident. Guy, on the other hand, reached out to his fans in his real-life avatar and apologized for his doings as he took some time off his twitch streaming.

Dr. Disrespect And His Wife Putting Past Behind & Starting Anew

After issuing an apology for his wife, the doc disappeared from streaming for about two months, which led to numerous speculations.

However, two months later, his emphatic return answered all the speculations. He returned to Twitch along with his wife in her own character of  Mrs. Assassin which suggested that the couple had been trying their best to remold their relationship. And why shouldn’t they? They have a beautiful daughter named Alana and they couldn’t waste more time to delve in the past mistakes. The streamer confessed to Rolling Stone that his mistakes still affected his relationship with his wife and daughter and that the two are taking appropriate steps while repairing the relationships.

I knew it was going to be a long time before I came back, and, to be honest, given the emotional stress my wife and I still experience daily, I feel I came back too soon. I’m hoping our working relationship will strengthen our personal relationship. I’m extremely lucky and happy to have her by my side still. (-said by Guy Beahm on Rolling Stone in March 2018)

Well, all we hope is that the two maintain their marriage and become the parents that their daughter can look up to everyday.