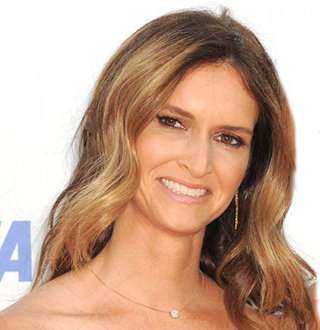 American native Heidi Rhoades had been embracing a perfect relationship with her fiance, Jillian Michaels, and kids. But they broke off their engagement which was a terrible shock for fans. What exactly led to the full-stop in the pair's relationship?

Heidi Rhoades had her name in the headlines after getting introduced as the lesbian partner of high-profile trainer Jillian Michaels.

We have put together some captivating wikis on Heidi’s age, net worth, her engagement to Jillian Michaels and their break up.

Heidi was born on 7 June as a Pennsylvanian while her birth date remains undisclosed. However, The Daily Mail has mentioned her being 32 years old in a 2013 article.

You May Also Like: Michael David Gershenson Wiki: From Bio & Age To Family With Kate Bolduan & Net Worth

As a huge music fan, Heidi served as a music manager at one time and was the publicity contact for the band, Uh Huh Her while working with artist Chantal Kreviazuk. Sharing her passion for music, Heidi equally loves to watch television and is a sucker for good TV shows.

She shares her opinions of her recent show addiction on Twitter, and she has openly expressed her love for good plots from Grey’s Anatomy and American Horror Story to The Leftovers and Orange Is the New Black.

Adding more to her interests and passions, Heidi has a knack for fitness, and she soon found herself plunging into the profession of a yoga instructor. Well, that was one thing she had in common with her fitness guru partner, Jillian Michaels who carries the net worth of $14 million.

It was in 2009 that Heidi started dating Jillian Michaels and their family had a sudden growth in May 2013 when Heidi gave birth to their biological son, Phoenix and Jillian adopted their daughter, Lukensia from Haiti the same week.

The two were absolutely in love and Jillian Michaels, age 44 proposed to Heidi in the final season of her E! reality show, Just Jillian that aired in March 2015.

Jillian presented the ring at a movie theatre in the presence of the pair’s family and friends after surprising Heidi with a video montage of the lovebirds’ days together. Perfect Frame: Jillian wishes a happy mother’s day to Heidi as she posts a picture with her and kids on Instagram (Photo: Jillian Michaels’ Instagram | 13 May 2018)

The video even included photos of their loved ones holding up signs reading, ‘Will You Marry Me?’

How cute is that? Well after the episode aired, one of the fans asked how the time they had been engaged to which Jillian replied ‘About four months ago.’ So that means that the pair got engaged in December 2015.

The duo had been staying together as a family, raising their beautiful children despite hectic schedules until Jillian announced that they had already parted in June 2018.

You saw that right. Heidi and Jillian didn’t get to pronounce their anticipated wedding vows because they’ve split up already. And we only found out after Jillian announced about it on Instagram, not forgetting to mention that they had split up ‘for a while.’

While Heidi hadn’t opened up about the break-up, her ex-fiance expressed little details regarding their decision to part ways. Apparently, the couple realized that they did better if they were apart than staying together and that they were fully committed to supporting each other and raising their children in a great environment.

There’s no doubt that Jillian loved Heidi with all her heart as she once said,

Heidi is the perfect person for me. The only place where there’s like a solace… a safe haven is with my family and Heidi is the nucleus of that family. She’s the glue that really holds everything together, and I think without that, I would be lost.

But sometimes, things just don’t work out, and there’s no better option than to do the right thing and make a difficult choice. The same happened with Heidi and Jillian, and we hope that they’re happy even without the warmth of each other’s arms.