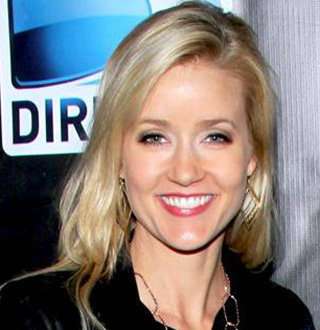 For everyone who has been having a hard time juggling between work and family Socialite, Brittany Brees' life could be a big example. A 24/7 mom of four children and wife of a famous NFL player she has not only been able to juggle between her husband and kids, but also has time for the less privileged children.

The American national is best known by her husband's bio--New Orleans Saint quarterback player Drew Brees. However, she has also been able to forge a name for herself through her philanthropic works and her tendency to give back to the community.

Wives of NFL Players: Brittany speaks about how she balances football season and family (Published on Jan 27, 2016)

She is the co-founder of the Brees Dream Foundation which helps in the battle against cancer and children in need.

Find Out: Long Lost Family's Chris Jacobs Married Status, Gay Or Has Girlfriend? Adoption Story Of His Own

She is actively involved in various charitable actions such as Purdue University’s Athletic Program and Operation Kids.

Born on 18 September 1976 in Indiana, Brittany Middleton Dudchenko is the daughter of Peter Dudchenko and mother Kathleen Ann Dudchenko. Standing at an average height, she completed her schooling from Wawasee High School and later enrolled at Purdue University for further education.

Brittany, aged 42, has kept a very low profile despite being the spouse of a well-renowned quarterback Drew Brees. Her net worth hasn’t been disclosed but her husband holds a huge net worth of $100 million and an estimated salary of $22 million.

Getting to marry your college sweetheart with whom you share a young love and being able to last the marriage for decades long! It’s such a blessing to find love like that in today’s world.

And Brittany Brees is one such name that has been able to relish that happiness.

While she was at Purdue University, Brittany met her now husband Drew Brees during their sophomore year. It wasn’t the gorgeous Brittany who first fell in love rather it was Drew who was charmed by her at first sight. He had first seen her during his 20th birthday party in 1999. The pair first started dating when her husband finally asked her out six months on from the party. Since then, the two have been head over heels in love with each other.

Drew graduated from college in 2001 and was picked by the San Diego Chargers(now LA Chargers) in the NFL draft. If being picked by Chargers was the happy part, then having to relocate from his lover was the unhappy part that had been eating over Drew.

However, Brittany left Indiana to follow her love to LA so as to make sure that he would feel at home in the newer surrounding. From then on, the couple has only been on the up in their relationship.

Exactly, four years after meeting at Drew's birthday the pair got married in February 2003. Brittany was 26 years of age during her marriage while her husband three years her junior.

Brittany Brees Life After Children: How She Manages Being A Mom of Four?

The happiness showed no signs of stopping for the Brees' immediately after the marriage.

Brittany and her husband welcomed their first child, a son Baylen Robert Brees into the world in 2009. Over the next three years, the married couple welcomed two more sons, Bowen (2010), and Callen in 2012.

After having three sons Brittany and Drew's happiness knew no bounds when they welcomed a daughter Rylen Judith in 2014. For a busy husband like Drew who has to leave the family for months during football seasons, Brittany has been a pretty supportive pillar.

She is a very encouraging, loving and understanding mom and wife. In an interview with Focus on The Family when asked about how did the couple navigate the stresses a football season can put on their marriage and family, Drew praised the effects of having someone like Brittany by his side saying:

"It helps to have a great routine and a very patient and understanding wife."

She sure is the pillar of her family!

Besides her role of a supportive mom, and caring wife she has also helped give something back to the community as well. She uses the platform she has to help people in her community along with her husband.

The giving and kind-hearted Brees have teamed up with Audubon Nature to open a new inclusive playground for the children with mobility and sensory challenges. Charity Work: Brittany and her family pose for an Instagram picture in front of the inclusive playground they funded to build (Photo: Brittany's Instagram)

Not only has she been raising up her children the right way, but she has also made sure that even the privileged children have it all growing up.

Don’t we all love Brittany?