Home » Actors » Sean Berdy Relationship Status, Married Or Not? And What Makes Him Gay
Share

Sean Berdy Relationship Status, Married Or Not? And What Makes Him Gay 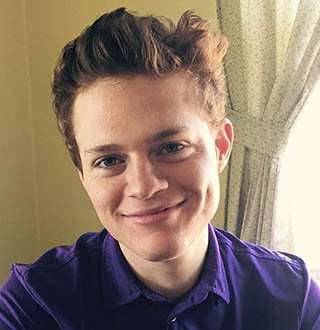 Having any sort of physical disability can be a difficult thing for many people to cope up with. Being different from the rest may make many feel like something is holding them back. But not for the Sandlot 2 actor Sean Berdy, who is deaf but has not let his deafness stop him from following his dreams and being successful in his life.

The Florida native is an actor, comedian, and a live performer. He first gained notoriety through his role as Sammy in the film Sandlot 2. Berdy, despite being deaf, has carved himself a successful career and has no plans in stopping. He has continued to act as an inspiration to many people suffering from deafness and has shown nothing is impossible if you have a strong faith and belief in yourself.

Who Are Sean Berdy Parents? Age, Height, Bio Below.

Sean Beardy was born on 3rd June 1993 in Boca Raton, Florida, USA. He is the first of two children to parents Scott Berdy and Terrie Berdy. He stands at a decent height of 5’10”. Berdy’s parents and his brother are also deaf. Despite that, his parents have been the greatest motivators and inspiration in his life.

Sean Berdy is an inspiration to everyone in the world. He has shown that any barrier can be overcome. He has not let his deafness stop him from achieving heights many people dream of.

He has starred in films, television series. He also creates music videos in American Sign Language. His quickness in performing sign language has earned him the nickname “Signing Ninja”.

Don't Miss: Andrew Napolitano: Married Man Or, Gay? Plus His Net Worth And More

As of 2019, Sean Berdy is reported to have a net worth of $2 million. That is an amount anyone would like to be associated with. The Switched at Birth actor is also looking to launch his own show called The Sean Berdy Show which would feature his stand-up comedies, life stories, skits and more. If that is the case then his net worth could be on the rise to an even higher level.

Being a public figure, everyone wants to know about your relationship status. It is difficult to stay away from the limelight once you are a fan favorite. It has been a similar case for actor Sean Berdy.

Everybody wants to know whether Sean is dating or whether he plans on getting married anytime soon. But Berdy has yet to reveal anything about his relationship status.

He has not been seen posting anything regarding this matter in his social media platforms nor has he publicly spoken about it. However, a 2012 tweet of American actress Shoshannah Stern hinted on the possibility of Berdy having a girlfriend. However, further details remain undisclosed.

You May Like: Is Graham Bensinger Gay? Personal Life Insight With Married And Wife Details

Being a public figure today and unmarried invites a lot of rumors. Sean Berdy has been the center of such rumors.

As he has remained mum about his relationship status, fans have started to speculate Berdy as gay. As for Sean himself, he has chosen not to address these baseless gossips and seems interested only in his career.