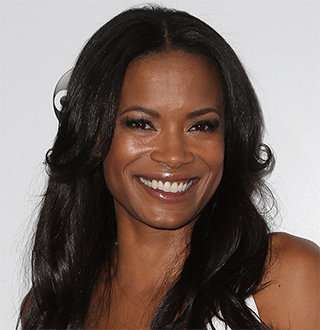 Rose Rollins is an American actress most notable for her role as Tasha Williams in the series The L Word. She is also a model appearing in numerous commercials and major advertising campaigns. Through her astounding performances, Rose has established herself on both the big and small screens

Along with television series, the California native has also starred in box office hits alongside top actors such as Mission Impossible III, Undisputed, Something New and 13 moons. Overall, Rose Rollins has built a name for herself through dedication and willingness.

How Old Is This Gorgeous Actress? Age, Height & More

Rose Rollins was born on 30th April 1981 in Berkeley, California, USA. But later moved to New York where she began modeling and soon her acting career. She stands at the height of 5’6”.

Information about her parents remains undisclosed. However, Rollins has stated that she has five brothers.

Let Us Know About How Much Rose Rollins Net Worth Is

Rose Rollins has made a name for herself as a model and an actress. Having starred in a number of box office hits are sure to have boasted Rollins fame and likely her fortune.

As of 2019, Rose is reported to have a net worth of $500 Thousand. Having such a huge amount to your name shows the hard work and effort Rollins has put in her career.

Rose Rollins Is In A Relationship; Getting Married?

Rose has not held back about her relationship status. She has mentioned that she is dating and is in a relationship with an Australian funds manager named Sebastian, not to be confused with the American businessman Sebastian Drapac. She has chosen not to disclose her boyfriends’ full name.

She has however yet to state when the two couple will get married. She did mention that the two were expecting a baby boy. Further details remain undisclosed about when Rose will get married. Maybe she will take her time before deciding to tie the knot and settle down finally.

Why Are Fans Speculating About Rollins Sexuality (Gay/Lesbian)?

As a celebrity, one has to go through a lot of rumors. A particular role in a movie or a specific scene could ignite any rumor. Fans always want to know about their favorite stars.

For Rose Rollins, rumors started to circulate about her sexuality before she revealed that she was in a relationship. Before that, she had remained mum about her love life. This led to fans speculating whether Rollins was gay/lesbian.

However, in an interview on AfterEllen, she stated that she was not a lesbian and that she has not yet played a gay character on screen. In another interview, she revealed that she was in a happy relationship with boyfriend Sebastian. That settles the debate. Rose Rollins is not gay/lesbian.