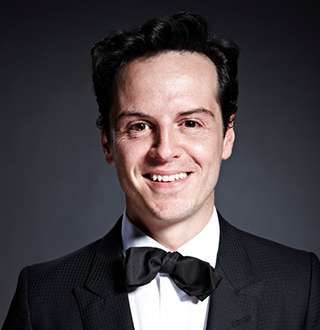 The Sherlock star Andrew Scott kept quiet for a long time on the subject of his sexuality, but shockingly, he came out publically as gay in 2013 and also revealed the secret about having a partner with the media.

The Irish film actor has achieved widespread recognition by playing a dramatic role of Jim Moriarty in the BBC Series Sherlock from 2010 to 2017. He received a British Academy Television Award for Best Supporting Actor in the series. He has also won two IFTA awards for his performances in Dead Bodies and The Stag. Before fame, The Irish born actor played a role in the film Korea when he was a teenager. He made his Broadway debut in The Vertical Hour in 2006. The star returned to TV screens again, not in Sherlock but this time in a Shakespeare written drama, King Lear that also featured acclaimed stars such as Anthony Hopkins, Emma Thompson, and Emily Watson.

The straight to TV movie released on 28 September 2018 in digital platforms through Amazon Prime Video.

Andrew was born to parents Jim and Nora Scott on 21 October 1976 in Dublin, Ireland.  His mother was a secondary school art teacher and his dad Jim worked at the government employment and training agency, FÁS. In his family, he has two sisters Hannah and Sarah.

Andrew, who stands at the height of 5 feet 8 inches (173 cm), has won many prestigious awards including two IFTA and BAFTA awards. On the topic of holding a low profile on being gay, he said that people don’t see gay as a character flaw.

He states that as a child growing up in Ireland, where homophobia was prevalent, Andrew felt alone. Couple that with the fact that he had to attend a Catholic church, his identity was always masked out by prejudices and hatred. But it is through his time in Ireland and in the Catholic church that has helped him in becoming the fearless person he is today. Regardless of one's sexuality, one is simple just flesh and bones at the very end.

Andrew Scott Came Out As Gay In The Middle Of Career

The 42-years-old Irish actor, who appeared in the James Bond film Spectre, publicly came out as gay in 2013 condemning Vladimir Putin's Anti-Gay legislation in Russia. The television actor was ranked at number 22 in The Independent's Rainbow List 2014: 101 lesbian, bisexual, gay and transgender people who 'make a real difference.'

He played small roles in many movies and TV series, but he finally got the most prominent role as Sherlock Holmes' nemesis Moriarty in the BBC drama series Sherlock in 2010. In 2015, the stage artist played chapter C in the James Bond film Spectre.

Later in 2017, he starred in BBC’s Gay Britannia, a season of programming marking the 50th anniversary of The Sexual Offence Act which aims to shine a light on the history of gay Britain. Andrew's performance in the title role of Hamlet won critical acclaim in 2017.

His latest endeavors include his role as a priest in the 2019 TV series entitled Fleabag. Quite an ironical role for someone who has opposite views when it comes to the Catholic church.

In an interview with the Independent back in 2012, the BAFTA-award winning revealed that he has a long-term partner with whom he lived in London for the past decade, swiftly adding, ‘And that's all you're getting.’

He said that it’s important that gay people have the same rights as everybody else but just because he’s gay doesn’t mean that he wants to get married now.

Moreover, the openly gay Andrew supported same-sex marriage in Ireland’s referendum, but earlier in an interview with Red Magazine in 2015, Andrew explained that he may not want to get married just yet, but when he does, he’s incredibly glad that the option is there.

But even though he openly admitted to being in a dating relationship, he kept the identity of his boyfriend close to his chest.

Some Facts About Andrew Scott