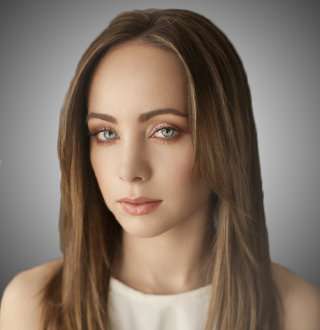 Latvian-Canadian actress Ksenia Solo never had a knack to get involved in serious dating affairs from the very beginning. But she has started sharing her undying love for her companion on social media sites more frequently. Let's find out the lucky one who stole the actress' heart.

Ksenia Solo is quite known for playing the role of Mackenzie ‘Kenzi’ Malikov in the supernatural drama television series, Lost Girl. She has also portrayed as Anna in the 2017 Dutch comedy film, Tulipani, Love, Honour and a Bicycle.

Benefits Of Being Bilingual: Ksenia talks about her role in Tulipani, Love, Honour and a Bicycle at the 2017 Toronto International Film Festival with The Arts Guild (Published on 13 September 2017)

You May Also Like: Jennifer Ashton Divorced With Husband! Children, Net worth, Education And Much More

In 2015, Ksenia joined the main cast of Turn: Washington's Spies as Peggy Shippen.  She also embraced a recurring role in Season 3 of Orphan Black as Shay.

Born on 8 October 1987, Ksenia Solo is of Russian heritage who studied ballet until the age of 14 when a back injury stopped her from pursuing a career in ballet. She took a swerve in her career and set eyes on the television and entertainment industry with the support of her parents.

Ksenia, age 31, started her acting career in the APTN series, renegadepress.com as she portrayed Zoey Jones. And her talent won her the Gemini Award for Best Performance in a Children’s or Youth Program or Series in 2005 and 2006 for her role on the show.

Leading herself to a bigger platform, Ksenia won her third Gemini award for Best Performance in a Featured Supporting Role for her role as Kenzi in the television drama, Lost Girl.

The same role also got her the nomination for the first-ever Canadian Screen Awards for the category of Best Performance by an Actress in a Featured Supporting Role.

The actress was handpicked by Darren Aronofsky to play Veronica in the five-time Oscar-nominated film, Black Swan as she stood at the height of 5 feet 4 inches (1.63 meters).

She has marked her name in various television series and movies and is heading to portray as Susie Miller in the 2019 science-fiction series, Project Blue Book to add more to her immense net worth.

Who Is Ksenia Solo’s Boyfriend? Fans Are Begging For Information On Future Husband

Oh boy, here comes the persistent question. If you are a fan of Ksenia Solo, you may not be a stranger to the fact that she has quite a compressed history of dating affairs.

She used to be linked with her fellow Canadian actor Kris Holden-Ried because they had grown close during the set of TV series, Lost Girl. Who wouldn’t become close with the person they’re working with?

But anyway, the other very known boyfriend of hers is singer Nolan Gerard Funk and apparently, they’ve got an on-off relationship. They reportedly started dating in 2010 but didn't have a smooth relationship till 2015.

After that, they were only occasionally seen at red carpet events, and since Ksenia ceases to call him her boyfriend or even her future husband, it’s better not to jump to her apparently active dating status right now.

There was a time when American actor Sam Witwer kind of flirted with Ksenia on a Twitter thread when she posted a picture with her dog calling it ‘puppy love.’ Sam was openly hitting on her as he insisted that her puppy love wouldn’t last long. How cute is that?

You Don't Want To Miss: Tytyana Miller Wiki: Age, Parents To Movies & Net Worth - All There Is But that was all that happened. Sam didn’t seem to get a chance and Ksenia has continued to show off her affection for the only love of her life, her dog, Mr. Valentino.

And Ksenia doesn’t hesitate to share pictures with her dog and is so in love with the furry sweetheart that it doesn’t look like she will be introducing her husband to the world any sooner.