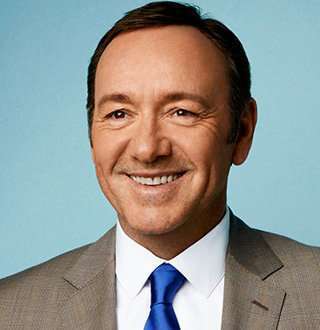 American TV icon Kevin Spacey has been the latest addition in the #MeToo campaign that has swept across the world. However, The Usual Suspect's actors' case is a bit weird as an accusation brought forward a huge statement from the actors' part.

The South Orange, New Jersey-native is an American actor best known for his roles on American Beauty, The Usual Suspect, House Of Cards, and L.A Confidential.

House of Cards: The ex-House of Cards star Kevin Spacey appears in the trailer as Frank Underwood (Published on Nov 15, 2012)

A staple in acting for more than last four decades he is also an acclaimed theatre actor with prominent roles such as Theodore ‘Hickey’ Hickman in The Iceman Cometh, Richard II in Richard II; Henry Drummond in Inherit The Wind and Clarence Darrow in Darrow – a one-man show.

His acting career has seen him felicitated with multiple honors including Golden Globe Awards, Tony Awards and the biggest of all The Oscars.

Kevin Spacey Grew Up In Shadow Of An Abusive Father

The American national was born on 26 July 1959 as Kevin Spacey Fowler in South Orange, New Jersey. He was born to father Thomas Geoffrey Fowler and mother Kathleen Ann Fowler and has two siblings, Randall Fowler, and Julie Ann Fowler. His father was a neo-nazi and was violent towards the family, regularly serving up beatings to his wife and children. On top of that, he is also said to have sexually abused and raped his own son Randall.

Kevin attended Canoga Park High School and later joined Northridge Military Academy where he got expelled for misbehaving with another student. Finally, he graduated as a co-valedictorian from Chatsworth High School in California.

Prior to making it big as an actor, the legendary actor flirted with the idea of becoming a comedian. He tried to make his mark as a comedian, while he was at Julliard School (1979 to 1981), where he studied drama and performed stand up comedy at talent contests.

Who Is Kevin Spacey's Wife?

After his bid to make it big in comedy failed, Kevin became an actor. And boy he could act. From his portrayal of John Doe, a sadistic killer in Seven to Roger 'Verbal' Kint, a talkative gangster who creates a whole plot of the story in The Usual Suspects, he has been lauded for his roles.

He dated actress April Winchell from 1976-1977 after completing his high school. After embarking in the movie industry he dated American scriptwriter Dianne Dreyer from 1992-2000. He was also speculated to be dating his Pay It Forward co-star Helen Hunt, and actresses Jennifer Jason Leigh, and Ashleigh Banfield at various point of time. Despite his relationships with numerous women, he has not had a sustained relationship with any and has no one who he can call wife. He was always on speculations of being a gay man because of his unwillingness to get married despite being well into his late fifties.

As they say, oppressed is the biggest oppressor. It seems to be the same in the case of Kevin Spacey.

In course of the Me Too movement, many big names in Hollywood such as Harvey Weinstein, Ben Affleck, Mark Schwan have been accused of sexual assault and had to face the wrath of the public. It was not only women who were a victim of these incidents as many men had also come forward to raise their voices.

And it was a man who rocked the news in the morning of 2017.

In October 2017 actor Anthony Rapp accused Kevin Spacey of making sexual advances towards him when he was just a minor while Spacey was in his twenties(He was 26) during the shoot of Star Trek.

From then, many victims, both men, and women have come forward including his cast and crew members of House of Cards, 20 people who worked with him at London’s Old Vic theatre alleging him of sexual harassment and misconduct.

On top of that, he was also accused of sexual harassment by Heather Unruh, claiming that he had sexually abused her son. He had quickly gone from someone who had seen abuse in his childhood to someone resembling his father, an abuser.

Uses Sexuality As Shield: Comes Out As GAY In Face Of Allegations

The allegations made against Spacey- who is worth an estimated £75million- cost him dearly. He was dropped from House of Cards and many other projects he was involved in. Spacey Foundation in the UK was shut down. Not just that, his movie Billionaire Boys Club--which was one of the most anticipated movies flopped badly in the box office.

The allegations also opened the door for the closeted gay man. Spacey, who has been questioned about his sexuality during much of his career came out as a gay on the face of accusations by Anthony Rapp. He went to Twitter to share his side of the story on 29 October 2018 and explained that he chose to live as a gay man since then. Choose To Live As A Gay Man: Kevin Spacey tweets after being alleged for sexual assault (Photo: Kevin Spacey's Twitter)

Despite his revelation explaining about why he never got married or had a wife, it failed to gain sympathy he had expected from the people. People were furious at him for coming out as gay and using his sexuality as a lame excuse to hide the tragedy he caused to others.

You've got to pay for your deeds, Kevin Spacey!