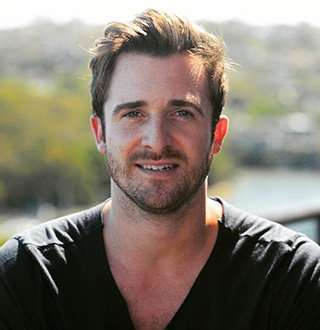 Dating Coach Matthew Hussey and ‘Havana’ singer Camila Cabello have been dating for almost 6 months now, and Hussey seems to have revealed plans to step up their relationship and quite possibly get married.

Matthew is known for providing dating tips for women to get romantically involved with men. His YouTube channel has over 1.4 million subscribers and is still growing, while his clients range from single to taken women.

The YouTube personality is also quite known for being a matchmaker on NBC’s Ready for Love and has got a variety of celebrity clients. The Brit has also spilled tips on putting back the spark in relationships, mostly directed to married women.

The British dating coach was born on 19 June 1987 to Steven and Pauline Hussey. He was raised alongside his brother, Stephen Hussey in Essex, England. His brother, Stephen, frequently shows up on Matthew’s videos on YouTube and also writes content for 'Get The Guy.'

Hussey started working as a life coach in his late teens and stepped up to become a dating coach for women. He moved to the US and attracted quite a following from celebrities like Eva Longoria and Tyra Banks. He has had a monthly advice column in Cosmo Magazine since 2015.

Matthew has hosted the radio show Love Life with Matthew Hussey. His best selling writing credits include the New York Times, Get The Guy, which was released in 2013.

From his book, Matthew posted a tip on his Twitter with a hashtag to promote his book, “For all you know, he might be gay or already in a relationship. It doesn’t matter. It only matters that you tried.”

There is no doubt that the 31-year-old dating coach and the former member of Fifth Harmony have become couple goals. Camila Cabello is a pop singer whose song ‘Havana’ put a huge spotlight on her in the music industry.

The couple has shown no hesitation to express their affection for each other, and after they were spotted sharing a kiss on their beach date, his girlfriend hasn’t hidden the fact that she’s quite happy. PDA at its best: Camila and Matthew at the airport in Barcelona, Spain on June 25, 2018 (Photo: justjared.com)

Read Also: Tempestt Bledsoe On Getting Married And Having Husband; Redefine Relationship - Then And Now

Their relationship was made official when the pair kissed backstage at the 2018 Billboard Music Awards. Billboard shared the moment on Snapchat with the caption, ‘Camila kissing her boo thang before she performs… GOALS.’

There aren’t many pictures of the couple around the internet because Matthew’s partner is extra private when it comes to social media. But in October 2018, Camila and Matthew showed a tiny bit of PDA at an airport in Santiago, Chile. The fans were shouting, 'Beso' which means kiss in Spanish, and Camila responded by planting a quick smooch on Matthew's lips.

Now that was an exciting treat for the fans as they roared in absolute delight. Adding to that, they even travel together on Taylor Swift's Reputation stadium tour and Matthew is not a stranger to Camila's family as they were seen taking a stroll in a park in Barcelona with Camila's mother and sister.

And that made many fans wonder if Matthew was cozying up to Camila's family to spend an eternity with her.

Let’s not jump to any conclusion right now and slowly take in the subtle hints from Matthew's talk with New Idea. Speaking about his relationship with Camila in The Dan Wootton Interview, he stated that he was ‘happy and felt like he’d never been happier in his life' on July 2018.

I am very happy. When the time is right I would love to (start a family) and my mum wants me to as well. I’ve got two younger brothers and everyone is taking bets on who will make mum happy first.

The human dynamics coach hasn’t necessarily mentioned anything about getting married, but he does have thoughts of starting a family, which assumably involves ‘Never Be The Same’ singer.

Even though the couple only recently started dating, they share a deep bond, and they might even make some faces jealous.

And who knows, maybe they’ll step up their dynamic relationship to marriage and call each other husband and wife. Because they are getting quite comfortable with expressing their affection for each other in the public; we are referring to that airport kiss.