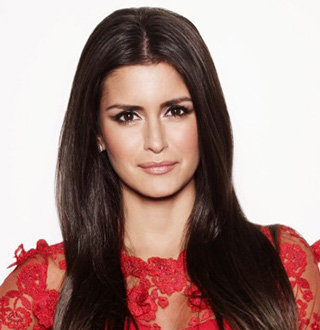 For guys who have been crushing on Roxy Sowlaty, it's bad news.

Crushing the hopes of millions of her crushes, the reality star is engaged to get married to her boyfriend!

The former Rich Kids of Beverly Hills star got engaged to her long-term boyfriend Nicolas Bijan on 30 October 2018. The proposal was a surprise plotted by her beau while she was on a girl’s trip to the City of Love, Paris. The engaged couple is in utter love loaded bliss and shared their big move via adorable pictures of the event on Instagram. Roxy was surprised for sure. And there was no way she could have said no to Nicolas who flew all the way to Paris to get down on his knees at famous ‘love locks bridge’ with an 8-carat diamond ring. What a romantic gesture of love in the City of Love itself.

Roxy, who is professional interior designer had all her time devoted in career and wasn’t interested to hunt for a boyfriend until 2015 when she met Nicolas Bijan- who runs leading Bijan Menswear( his father’s ultra-successful retail company). Three years into the relationship and the couple has now decided to build a new bond as 'fiances.'

Roxy is nearly three years senior in age than her 27-year-old fiance. But the duo is in perfect balance when it comes to loving one another. And with the pace they are heading, it seems like they have a long way to go.

However, one thing that can’t be predicted is their next big move as they are too startled to talk about their wedding for the time being.

Let’s just be hopeful that the pair will definitely speak about their big day sometime in the future. For now, what they deserve is Congratulations and adulations!

The designer was born on 21 May 1998 in Beverly Hills, California to wealthy parents. Her father Sam Sowlaty is the owner of a printing house named Acuprint.

Rich or not! Her parents wanted to let her know the value of money which they did by cutting off her credit supply in Rich Kids of Beverly Hills at the end of season 1. But they showed supported her college bills.

She lived her teenage not only as a rich kid who would spend $30,000 a month but also as an aspiring designer who wanted to build her own designing empire.

In hopes of turning her teenage gig into a career, she attended USC's Marshall School of Business as an undergraduate and later received a Master's degree in Interior Designing from Parsons New School of Design.

The reality star who stands at a height of 5 ft. 1 inch has collected a net worth of $600,00 in her sprouting career, which might be a lot less compared to her parent’s riches. But as long as she earns it by herself, it’ll do fine.