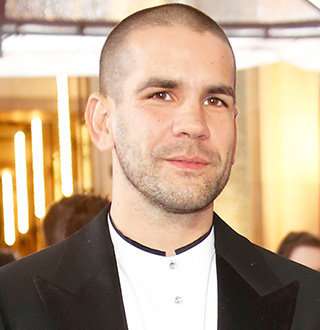 French journalist Romain Dauriac’s marriage to actress Scarlett Johansson came to an abrupt end in March last year. It appears as though the former has finally decided to move on.

The 36-year-old Journo exploded into the show-biz scene after his marriage to Scarlett Johansson. He’s of French nationality.

To shine a light on Romain including his marriage to famed actress and their baby daughter, we have compiled a list of wikis for your convenience.

Romain was born on 3 July 1982 in France. Before gaining recognition due to his marriage to Scarlett, he was already a part of the world of entertainment, having worked as an editor for a French art Magazine titled Clark.

According to wiki sites, he had also tried his hands at event management and even curated art shows. In addition to curating art, he’s also an avid collector of artifacts.

All his business endeavors have paid off big time as he has a reported net worth of more than $1.5 million. When compared with his ex-wife’s net worth, his fortunes fall really short. Scarlett Johansson possesses a net worth of around $100 million.

Romain and Scarlett met through a mutual friend in November 2012 and began dating shortly after they first met. Their romance was on a full swing as they started making one red carpet appearance after another as a couple.

Little less than a year after they started dating, Romain popped the big question to Scarlett; to which the latter replied positively.

2014 was a significant year for both Romain and Scarlett as the couple got married. Romain was 31 years of age when he got married to Scarlett while his wife was 29. And the year got even better for the couple as they had their first baby daughter, Rose Dorothy Dauriac. Lucky Guy: Romain glances at the mother of his baby daughter in an event held back in 2014 (Photo: dailymail.co)

The birth of their baby daughter, Rose couldn’t keep them together for much longer. And after two years of tying the knots, they decided to part ways in 2016.

3. Roman & Scarlett Johansson Battle It Out For Their Custody Of Their Baby Daughter

Their marriage was already in deep waters by 2017, despite them trying to work their ways out of the predicament privately. When his then-wife filed for divorce in March of 2017, he expressed his sorrow.

I would implore her to withdraw her action promptly and go back, as uncomfortable as it might be, to the negotiating table. We are the parents of a lovely daughter whom we will continue to co-parent for many years and share her joys and sorrows as only a parent can.

His cry for their reunion fell on deaf ears. Because not much longer after their marriage ended in divorce, Scarlett was already seeing SNL Host Colin Jost. Things went south after that.

Initially, Roman had asked the New York court for full custody of their baby, Rose aged 3, citing his ex-wife wouldn’t be able to perform the task of parenting because of her hectic filming schedule. Scarlett, however, reiterated that their daughter should live with her in New York as opposed to living in France with her father.

In September 2017, they finalized their divorce from each other in Manhattan Supreme Court, essentially bringing an end to the year-long post-separation family drama, with the details of settlement undisclosed.

Romain, age 36, has, for the most part, has remained a low-key figure after the dissolution of his marriage to Scarlett. He’s probably busy looking after his baby daughter. But he, of all people, should know that baby duty shouldn’t restrict him from enjoying life.

For someone like Romain who was once married to a Hollywood star - no less a gorgeous one - the realization that the optics are always on him, checking his every move made him lead an elusive life.

And, in March of 2018, he was photographed strolling hand in hand with a mysterious brunette through SoHo in New York City. Seems like he has found love again after his strenuous divorce saga with Scarlett Johansson. Heartbreaks don’t last forever!