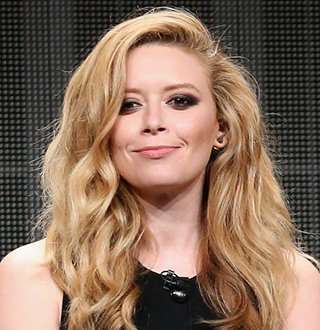 The signs were not right when Natasha Lyonne started dating a married man. After having their relationship under the strains amidst cheating allegation, the couple went under the radar,  bringing about whole new labels of a lesbian on the 39-year-old's moniker.

The American actress is best known for her portrayal as Nicky Nichols on the Netflix series Orange Is the New Black. She is also popular for starring in movies including American Pie film series, But I’m a cheerleader (1999), Slums of Beverly Hills (1998), and Everone Says I Love You (1996).

As a young child, Natasha was signed by the Ford Modeling Agency. At six years of age, she was cast as a role in Pee-Wee's Playhouse.

Natasha has performed over 30 films over the past decade.  Due to well-documented health and legal struggles, she went to a hiatus only to return to acting after 2008 after her recovery from her drug addiction. She’s currently a part of the on-going Netflix series Orange is the New Black.

Born on 4 April 1979, Natasha was born as Natasha Bianca Lyonne Braunstein in New York City, New York, to Ivette (Buchinger) and Aaron Braunstein and brought up as a Jewish. Her father is a talk radio host, boxing promoter, and race car, driver.

Acting career at an early age can be hard, but because of her actress friend Clea Duvall, it was less lonely for Natasha. In January 2016, during Natasha’s directional debut’s premiere of the movie named The Intervention, she kissed her best ‘girlfriend’ of 20 years Clea Duvall at the Sundance Film Festival. The last time they were at Sundance was when they were young actresses.

They hadn’t engaged in a hot kiss since they played lesbians in the 1999 LGBTQ satire called, But I’m a Cheerleader. They marked the smooch as a tribute to their first kiss on that movie.

Natasha started dating Fred Armisen- who is best known for his decade-long career at SNL- in 2014. Armisen had already gone through two-divorce when he met her and had been labeled a philanderer.

Natasha and her boyfriend Fred had a pleasing relationship as they walked the red carpet together at the 2015 Emmys and were all posing and smiling in April.  However, their relationship had a first real hitch after her boyfriend was accused of cheating on her, barely three months after their PDA filled red carpet appearance.

After the incident, they've kept their dating affairs a secret, but they've been clumsy enough to be spotted together several times after the event.

You May Also Like: Who Is Tituss Burgess' Partner? Gay Man Married Or Rising From Ruins?

Not Gay/Lesbian, But Wants To Sleep With Girls

Natasha Lyonne has spoken on countless times about wanting to go down in history as more than just ‘the girl.’

She has reiterated on countless occasions about wanting to lead a creative and open life. That has been the case during her whole career and has been evident during her portrayal of lesbian characters, by giving them a whole new life to that character. That has led to her being called a lesbian in many quarters. And her dual meaning statements have helped to complicate the matters further.

On the one hand, she has made public statements saying she loves men and wants to sleep with as many as possible. On the other, she doesn’t want to spend her whole life that way.

She revealed to the New York Times in 2016 that she wasn't a gay, however, that didn’t mean she never tried to sleep with women.

In an age of whole new sexual orientations, Natasha is adding new layers to the term.