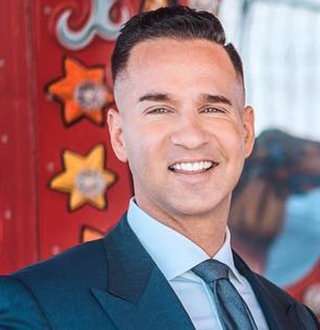 "The Situation's" love situation seems to be resolving nicely. Michael 'The Situation' Sorrentino finally fulfilled his long-standing wish of proposing his girlfriend Lauren Pesce which came into fruition on 21 June 2011. The Jersey Shore star had expressed his desire to get engaged to his girlfriend in the show that had given him the name in April 2018.

First, the girls took away Lauren from the house, and the boys did the shopping for all the necessary items. As the daylight started fading, Mike took his girlfriend out for a date, while his homies in the reality show redecorated their on-screen abode with red carpets, roses, heart-shaped balloons, and even a DJ booth. As the camera's panned out towards Mike and Lauren, his nervousness was visible during his dinner date. As the couple finished their dinner and made their way to the Jersey shore mansion, a slideshow of the couple's private dating life made its way on the big screen. And the man of the moment, Mike crouched down on a knee and asked her if she would get married?

Lauren was first surprised at the arrangement, and later clearly overwhelmed by the gesture and said an emphatic Yes.

The couple was high school sweethearts, dating for about three years in the mid-2000s, before separating during the start of the Jersey Shore in 2009. However, they rekindled their romance after the wraps of the show in 2012.

The rekindled love between the couple has now turned into a sacred bond of love as the pair tied the knot in November of 2018. He married his wife in a lavish wedding ceremony at The Legacy Castle in New Jersey. His wife was dressed in a body fit white gown overlaid with lace while he wore a black tuxedo.

Mike Sorrentino Goes To Honeymoon With Wife Before Prison Sentence

But though married, Mike has to stay far away from his lovely wife for sometime in the coming days ahead. He has been sentenced to eight month prison time for the tax evasion issue from 2014.

However, his wife whom he calls his best friend and other half has been really supportive of him throughout the whole situation. The couple before Mike’s prison sentence went to a honeymoon at a place with a scenic mountain range to spend some good time together in the early days of December 2018.