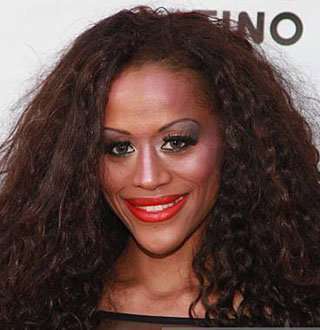 A singer, television personality and a mother, Anais Martinez has had her fair share of challenges. From difficulties in raising children to not receiving support from her husband to being the center of controversial rumors, Martinez has faced it all. But despite all that, she has stood tall and continues to do what she loves.

The Dominican Republic native first gained notoriety after she won the second season of the Puerto Rican reality-show Objetivo Fama. She earned a Latin Grammy nomination for her 2006 debut album Asi Soy Yo for Best Female Pop Vocal Album. Anais also recorded a song for the 2006 FIFA world cup entitled ‘Arriba, Arriba’ in collaboration with Pablo Montero, Ana Barbara, and Mariana Seoane. In 2017, she was cast as the member of Love & Hip Hop: New York.

Anais Martinez was born on 22nd June 1984 in the Dominican Republic. Information about her height seems to be undisclosed but looking at some of her pictures, she seems to stand at a decent height.

Anais's eye color is a thing of beauty. From her many social media posts, it can be seen that the color of her eyes is a shade of marble green.

In a recent episode of Love & Hip Hop: New York, the cast members of the showed their concerned towards Anais when she failed to show up for the show. Concerns further began when one of Anais’s Instagram showed her weight loss: “looking skinny and not right” as per her friend Jonathan’s statement. Her cast member which include Rich Dollaz and Jonathan Fernandez mentioned that she had been having relationship issues with her husband and that she was dealing with some mental issues.

Further information was revealed that Anais was being kept in a mental health facility because she had refused to take her medications. But concerns were later eased when it was revealed that she was receiving help.

Who Is Anais Martinez Husband? Married With Children?

Anais Martinez is married to Ruben Martinez who is the owner of M&P Foreign Cars in Hawthorne, New Jersey. The date as to when the two got married remains undisclosed as of yet. But what we know is that the couple is parents to two sons, Diamond and King. In many of Anais’s recent interviews, she has mentioned that she has been having trouble in her marriage with Ruben. She states that her husband has not been fully supportive of her during the tough times she has been facing in her life.

But Ruben, on the other hand, has not commented anything on the matter.

This Is How Much Anais Martinez Earns; Includes Net Worth

Anais Martinez is a singer and a television personality. She has a large number of Latin fan base. Along with her singing career, she is also a member of the reality series Love & Hip Hop: New York. Being involved in such ventures are sure to have earned Anais a hefty sum in her career.

The exact details as to how much Anais Martinez actually earns remains undisclosed. But an average musician earns $39,572. It can range from anywhere between $15k - $101k. So, Anais, who is very popular in her home country of the Dominican Republic, might have earned a considerable amount of money.