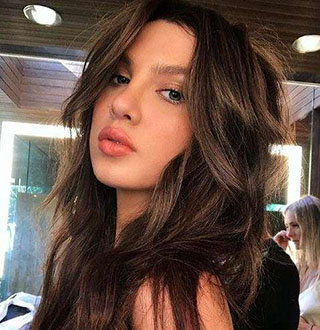 In the first week of August 2018, Maya and her rumored beau Liam were spotted checking out within hours of each other after enjoying a secret date at London’s exclusive  Bulgaria hotel.

The news of them dating comes after the pair were pictured together, attending the Dolce & Gabbana gala dinner in Tremezzo, Lake Como in July of 2018.

Budding Love: Maya and Liam, attending the Dolce and Gabbana in July 2018, are pictured together (Photo: thesun.co.uk)

Towards the end of July, they were again snapped partying together in a friend’s yacht in Cannes.

Maya, age 18, first met the former 1D singer at a 1D meet-and-greet event when she was 15. Speaking on their budding romance, a friend close to Strip That Down singer said:

Liam and Maya get on well — and she’s a stunning girl. They have kissed a couple of times, but he is in no rush to date again and certainly isn’t ready for a serious relationship. Liam is simply focusing on work at the moment, and above all else obviously, his main priority is Bear.”

Liam fathers a 2-year-old baby boy, Bear with Cheryl. The former lovers first met when then 14-year-old Liam auditioned for The X Factor in 2008, when Cheryl was a judge on the show. Good A Month Ago: Liam Payne and his then-girlfriend, Cheryl at Cheryl's charity of her name in late 2016 (Photo: thesun.co.uk)

Liam and Cheryl broke up after 2 and a half years of dating in early July this year. In a joint statement released on the social media, they said:

We are sad to announce that we are going our separate ways. It's been a tough decision for us to make

Maya may not pack as much musical pedigree as her rumored boyfriend’s ex, but she sure can hold her own -- with more than 80,000 Instagram followers and a YouTube reality show under her belt. According to various wiki sites, the Instagram beauty's lavish lifestyle is funded by her multi-millionaire father.

One instance of her lavish lifestyle was highlighted when she threw a 4 million pounds bash for her 15th birthday. Rapper Pitbull and singer Nick Jonas entertained 400 guests at the party.