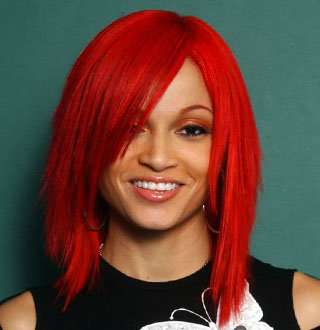 Charli Baltimore is an American rapper, songwriter and mother. Her rise to fame has not been an easy one. But despite the hurdles she has faced, she passed through it all and now is considered one of the respected female artists to ever grace the hip-hop scene.

Her rap journey began from the year 1999 when she released her debut album Cold as Ice which was well received by the audiences. It is what shot her to fame and got her name out to the public. From then onwards, numerous mixtapes, singles have seen her popularity grow and grow. Even today, her songs still gain the same reviews and reactions in the same manner it previously had. Good things never go out of style.

Charli Baltimore was born on 16th August 1974 in Philadelphia, USA. Her birth name was Tiffany Lane but she later changed it to Charli Baltimore once her rap career started taking off. She was raised by her elder half-sister Yolanda. As for her height, she stands at 5’5” tall.

Charli & Her New Endeavours With Daughter

Charli is a mother of two daughters. She gave birth to her first daughter after graduating her college. She was later blessed with the birth of her second daughter. And from the looks of it, she has done a pretty good job on raising her daughters. She recently announced that she was starting a reality show with the help of her daughters. The show entitled “Charli Knows Best” centers around Charli guiding her daughters, India and Sianni, through the complex entertainment industry.

Their quest to follow their mother’s footsteps has been well received by her mother. Charli knows what it takes to succeed in the entertainment business and aims to pass on the knowledge to her daughters.

You Will Be Shocked To Know Who Charli Has Dated

When it comes to being in a relationship, Charli really does know best. Since her high school days, her relationship history has been anything but usual. Just after completing her college, she became a mother to two children from her now ex-boyfriend whose identity she has not yet revealed.

Her big break came in 1995 when she met Notorious B.I.G in one of his shows. Their relationship started off to a great start with Charli getting the opportunity to start her rap career. However, things changed when B.I.G was killed.

Her life went into a revolting tailspin. But despite such tragedy, she managed to pull herself up and continued her rap career. A choice which turned out to be for the best. However, as of now, whether or not she is in a relationship remains uncertain. She has not revealed any information about that aspect of her life. Maybe she is just focused on her endeavors and her daughters and has no desire for a relationship.

How Much Is Charli Net Worth? Revealed Below

For nearly two decades, Charli has been performing at the very top. She is a rapper, an artist and more recently a television personality. Her music has reached the hearts of millions of fans around the world. Her 1999 debut album Cold As Ice began her rap journey and the journey has not stopped yet.

From the number of albums, mixtapes and singles she has released, she has made herself quite an amount in wage. Royalties and rights also add more to her income. Her career in Hip Hop has helped her amass a decent net worth. As of 2019, Charli has a net worth of $500 Thousand and it seems her net worth will increase as time goes by.