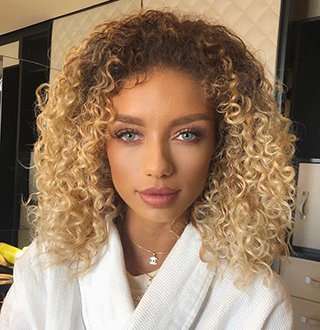 If she had adopted to her parent's idea and not her dreams, Jena Frumer would have been doing something else away from the entertainment industry. But she went after her dreams, and it seemingly paid off. Today, she is a model, Instagram personality, and an actress working with huge brand deals, with a massive following of around 3.5 million across social media and online platforms.

Jena Frames is just another name who has been successful in creating a career out of Instagram. She has been able to grow a brand as a young trendsetter through online tools such as Facebook, Instagram, Snapchat, and YouTube. She has been using her social media popularity to advance her modeling career and brand value. She has endorsed cosmetic, and sports goods, specializing in beachwear.

At first, Jena wasn't sure her conservative parents would support her passion of becoming a Hollywood star. After convincing her parents about her decision to pursue a career in modeling, she later moved to Los Angeles. At present, she is focusing on her acting career as well.

Jena was born on September 21, 1993, in Cranford, Union Country, New Jersey. She grew up with her parents along with her sister. Her mother is white, and dad is black, which makes her a mixed race. She has an African, French and Native American ancestry. Her Zodiac sign is Virgo.  This 25-year-old beauty turns head with her stunning body and a height of 5 feet 6 inches.

After attending a New Jersey high school, she went to a college in North Carolina, from where she got her degree of under graduation

The social media star, Jena shares a strong bond with her family and parents. However, she does not put out any information about her parents; she talks about her sister once in a while in her Instagram posts.

Jena had the looks and the attitude to become a star. Her unique hair texture and her beautiful eyes are the two things that stand out the most. Firstly, she started by building her portfolio on social media including Instagram and Snapchat.

Like other Instagram celebs, her social media platforms are not just about her. She helps to encourage her fans with healthy lifestyle choices, healthy diets and teaches how to accept yourself through her makeup and hair videos.

She openly talks about how to be more confident in your own body which helps women like us to build confidence and overcome body image issues. She believes in taking other people along with her success and motivates other people through her YouTube channel.

Her stunning sporty look and athletic body eventually brought her some huge deals and product endorsements because of her increasing popularity. One after another, she started gathering big deals on her name and got to work with many people. Soon, she became an established model.

Jena's ultimate aim was to get into movies which she did playing a lead female role in the sports drama Mango Guava (2016). She got her first break in the TV show, Wild N' Out (2018). Today, she is a rising star with a net worth of over $ 250,000. Model, actress and now entrepreneur of her brand of swimwear, what more can we expect to see from this talented model and actress in the future?