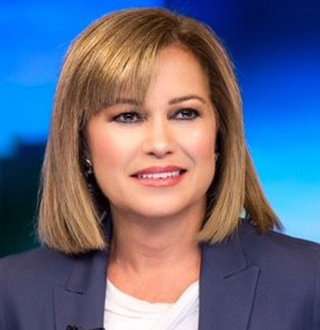 Monica Malpass is a journalist and anchor who works for WPVI Action News in Philadelphia, Pennsylvania. She also hosts the station's political talk show, Inside Story. Moreover, she hosts political debates and anchors many public service segments for 6abc.

Talking about her achievements, Monica has two Doctorates of Humane Letters from Peirce College and Neumann College. She was also a member of the World Affairs Council.

People You May Know: Kristine Johnson Married Life With Husband! Facts On Family, Ethnicity And Salary

The 57 years of age Monica, whose ethnicity is of English descent, received a Master of Arts degree in Political Science from Villanova University in 1999. Before completing masters, she had received a Bachelor of Arts Degree in Journalism from the University of North Carolina at Chapel Hill. But details regarding her high school and height remains undisclosed.

Monica Malpass Feud With Ex-Fiance Over The Ring

Monica has always had problems when it comes to relationships. At the age of 57, she has already faced a broken marriage and failed engagement.

Although the exact details about her first married life are yet to be disclosed, what we know is that she was married to a real estate developer, David Culter. The couple even shared a son named Jake. But nothing could hold their relationship, so they divorced. However, details regarding her divorce date and reason have not been disclosed.

After Monica’s first married life with her then-husband David Cutler did not work out, she decided to give love a second chance with an auto-parts entrepreneur, Stephen Thorne.

Three months after they met at the Red Ball, the couple got engaged back in the year 2006 as Stephen proposed her with a 5.06-carat solitaire ring to become his wife. But, both of them decided to end their engagement because he did not want to have any kids with Monica while she wanted to become a mother as soon as possible.

As Stephen was already a father of two kids from his previous marriage, he did not want to have any children with Monica, but on the other hand, she wanted to have more kids.

So their differences in opinions ended their relationship and later on, Stephen filed a lawsuit in Common Pleas Court, to get the ring worth $78,000 back from her.

This hinted that Thorne would get the ring back, but the result of the lawsuit was not publicly disclosed.

How Much Is Monica Malpass Net Worth?

Also Read: Allison Langdon All-Smiles With Husband And A Baby! Plus Her House And Salary

The average salary for a News Anchor in Philadelphia, PA is $40,383. So, after calculating all of her works throughout the years, we can assume her net worth to be around thousands of dollars.