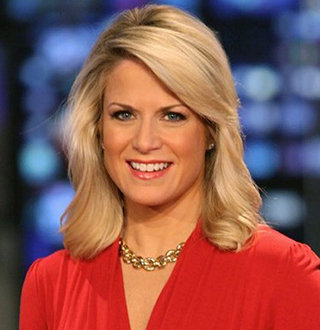 ‘The Story’ host Martha MacCallum found the perfect escape with her family to her dream home that she bought with the immense wealth she garnered through her successful career in broadcasting.

Martha MacCallum is well known for her hosting and anchoring in the prime-time news program at Fox News, The Story. She’s also known to co-anchor Fox’s election coverage alongside Bret Baier.

Increasing Height Of Assaults: Martha MacCallum sits down with Brett Kavanaugh as he refutes allegations of sexual assault and joins ‘Tucker Carlson Tonight’ to talk about her experience (Published on 24 September 2018)

Martha has received the Gracie Award for Women in Journalism twice and the Soldiersocks Commitment To Serve award.

Born on 31 January 1964, Martha MacCallum was raised in Wyckoff, New Jersey by mother Elizabeth B. MacCallum (died of breast cancer at age 78) and father, Doug MacCallum.

She graduated from Ramapo High School in Franklin Lakes, New Jersey and earned her bachelor’s degree in political science from St. Lawrence University. The 54-year-old journalist also studied at the Circle in the Square Theatre School and founded the Miranda Theatre Company in New York.

You May Also Like: Sean Hannity, ‘Hannity’ Show Host’s Net Worth & Salary, Among Richest!

Standing at an average height of 5 feet 4 inches (1.63 meters), Martha served as a business news correspondent and anchor for the Wall Street Journal Report from 1991 to 1996. She eventually moved to WBIS-TV as a reporter in 1996.

After moving to NBC as a reporter, Martha contributed to Today Show, The News with Brian Williams, CNBC World, and BC affiliates, getting assigned to co-anchor for CNBC’s Morning Call with Martha MacCallum and Ted David.

It wasn’t long before Martha was named the host of the new program on Fox News Channel, The First 100 Days in January 2017. The show took the time slot of The Kelly File and was created as a replacement for Tucker Carlson Tonight after Megyn Kelly left the network. And in April 2017, the show got rebranded as The Story with Martha MacCallum.

The news anchor married her husband, Daniel John Gregory in August 1992 and the two have been inseparable since then. They pronounced their wedding vows at St. Elizabeth’s Church in New Jersey following a Roman Catholic ceremony.

Martha and her husband are blessed with three children, a daughter Elizabeth Bowes Gregory and two sons, Edward Reed Gregory, and Harry MacCallum Gregory. The two are still in love and Martha hasn’t made any exception to show off her husband on social media. Married For Life: Martha posts an old picture of her dancing with her husband during their wedding on Instagram on 22 August 2018 on the occasion of their anniversary (Photo: Martha MacCallum’s Instagram)

Martha is proud of her family where her daughter, Elizabeth is following in her mum's footsteps as she’s majoring in political science and has a range of minors like Arab and Islamic studies. Elizabeth has also contributed to Fox News as a special coverage volunteer and writes for SquaredPolitics.com.

Martha, her husband, and her children live in a five bathroom house in Chatham, Massachusetts on Cape Cod and are quite satisfied with their sweet lives.

According to sources, Martha MacCallum has got an estimated net worth of $8 Million earned largely through the whopping salary that she amassed through her successful broadcasting career.

She earns an annual salary of $700,000 from her anchoring contribution to the Fox News Channel. With her huge net worth and a salary to match, it comes as no surprise she lives in a luxury house that she often calls her 'dream home' residing in a seaside location in Cape Cod.

Martha also garnered her fortune through her incredible connection with Fox News viewers that helped the channel gain much higher ratings. There's no doubt that she must be one of the highest paid anchors in the network.