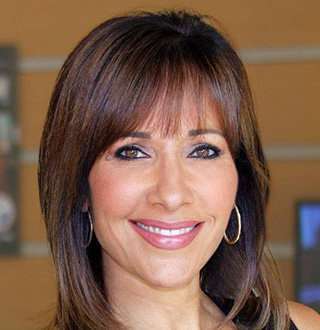 In an age where celebrities are giving up on their married life citing their hecticity a reason, American journalist Jovana Lara is an exception. A woman of multiple bios--successful journalist, super mom, and wife she is disproving the myth about how success in professional life hampers personal life.

American broadcaster Jovana Lara is best known as the general reporter for ABC7's show Eyewitness and co-host of the show Vista L.A.

Prior to her work in ABC7, she worked as a news reporter for KESQ, Orange County News Channel, and KNSD. She is also the recipient of two Emmy Awards for her commendable contribution in her field of work.

Cuban-American Jovana Lara was born on January 11, 1966, in Cuba to father Bonifacio Lara and mother whose name hasn’t been disclosed yet. She moved to the United States because of the Communist Dictatorship in Cuba.

She majored in Business Studies from Loyola Marymount University. She was very passionate about broadcasting and journalism which led her to build a career in the media field.

The USA has the highest number of immigrants, and the American national today, Jovana too was one of them when she entered America in 1969 with her mother.

Lara and her family left their home country Cuba to escape the Communist dictatorship of Fidel Castro. It wasn’t easy for her nor her mother to leave Cuba as they had to leave her father and most of her family behind. Family Reunited: Jovanna and her mom's reunion with her father after two years of separation captured in camera lens (Photo: ABC7)

Those bitter days soon became over for her after she reunited with her father in the USA after two years in 1971.

Leaving Cuba wasn’t a bad choice after all for Lara, she found a career she is passionate about and also the love of her life in the USA. The gorgeous reporter is married to Oral Surgeon Dr. Warren R. Brooks.

Jovana is not only a hardworking woman but also an equally loving & caring mom and wife. The couple is happily married and has two beautiful children, first born daughter Alex and son Hunter.

She loves to share pictures with her happy family on her social media.

It’s amazing how despite her busy schedule she manages time for her lovely family of four; She is definitely a 'SuperMom!'