Hazel Irvine Married Life Insight With Husband; A Partner To Rely On 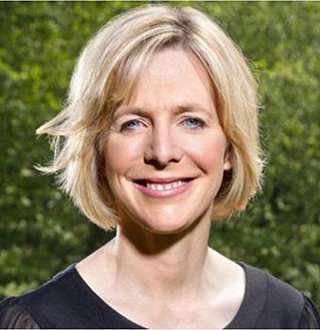 Scottish television presenter Hazel Irvine never felt the need to hide her career establishment but carrying a sneaky personality towards her personal life, she put her utmost effort to keep her married life as sugarcoated as possible.

Hazel Irvine is mostly known as a regular presenter of the World Snooker Championship and other sports news on BBC evening news bulletins.

Age Of Presenting: Hazel Irvine does a Q&A on her 29 years of sportscasting career on The Knowledge Guild segment of Speakers Corner (Published on 8 December 2016)

You May Also Like: Is Christina Chang Married? Family Moments With Partner, Too Cute To Exist

Hazel presented Olympic Breakfast, also commentating for the opening and closing ceremonies of the 2008 Olympics in Beijing.

Born on 24 May 1965, Hazel Irvine was raised in St Andrews, Scotland. She graduated from the University of St. Andrews where she competed in athletics, with an MA in History of Art.

Hazel started her broadcasting career in radio, moving to work for Scottish Television in 1988. Her work led her to present Scotland football team’s training camp reports at the 1990 World Cup and co-presenting the 1988 Olympics on the national ITV network alongside Dickie Davies.

It was in 1990 that the 53-year-old presenter joined the BBC as a presenter on BBC Scotland’s Sportscene program and she was the youngest presenter of the BBC’s flagship program, Grandstand in June 1993.

Hazel co-hosted BBC’s Hogmanay Live in 1994 and introduced coverage of the FIFA Women’s World Cup in 1995 as she started reporting for Football Focus.

Becoming the lead presenter of Ski Sunday in December 1996, Hazel is now a regular presenter of the World Snooker Championship. She covered golf for the BBC as a presenter and reporter for 25 years before passing the mantle to Eilidh Barbour in April 2017 to fulfill family commitments.

As a presenter who has contributed to the network in massive events like the Olympics, there shouldn’t be a doubt that Hazel has garnered a decent amount of fortune.

There you have it; Hazel earns far more than the average pays that presenters get, so it’s more than safe to say that her net worth can be blindly calculated in millions.

As much open as Hazel is about her career experiences, she prefers to keep her personal life in the shadows. She’s so secretive that she even married her husband behind the curtains with only some of her close ones in the scene.

Even her work colleagues didn’t get a sniff of the wedding with her mystery partner. Now you couldn’t have expected Hazel to reveal the identity of her partner after learning about the secret wedding, right? Because, as obvious as it seems, she has not failed to hide anything regarding her husband.

But the one thing Hazel couldn’t hide like her marriage was the revelation of her first child in 2012 as she unhesitantly spilled the exciting news at a charity sports quiz in London as she said,

My clothes are already feeling the squeeze. My husband and I have a new arrival coming in the spring - which is going to be a drain on my own profits.

The announcement was applauded by the audience at the quiz, and since then, Hazel has been decorating her personal life with her family behind the opaque curtains without failing to dedicate the majority of her time to her husband and daughter.