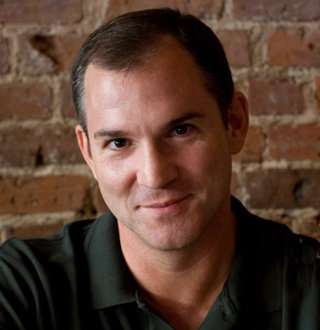 As an openly gay individual, NYT's Columnist, Frank Bruni used his position as one of the most read people in the whole of The States to express his need of a partner; cryptically. But were his feelings ever understood by someone? Or is he single still sending out those cute mentions?

The New York native grabbed attention from his writings in 2017 which was titled “Donnie and Vlad: A Love Story” — comparing Donald Trump and Vladimir Putin to Romeo and Juliet, and he called the two men’s relationship “gross.” Besides writing for the paper, he is also a CNN Contributor and the best selling author, who has authored four bestsellers.

In 2016, he was awarded Randy Shilts Award for his career-long contribution to LGBT Americans by the National Lesbian and Gay Journalists Association.

Born on October 31, 1964, Frank Bruni reached adulthood in White Plains, New York. Since his childhood, he's been blessed with supportive parents who helped him open as a gay individual.

Talking about his college education, Bruni is a member of Phi Beta Kappa from the University of North Carolina in 1986, graduating in B.A. English. Later, he achieved a Masters degree from Columbia University.

Frank was brought up by his father as his mother died early in his age. The writer in his early childhood struggled with his overeating habit weight issues.

After 22 Years, Frank Has No Desires To Leave NYT

Despite being brought up in single parenthood all by his father, there was no stopping back for Frank's bold characters.

Shortly after gaining his Master's degree, Frank kicked off his journalistic career as a staff of the New York Post and moved to Detroit Free Press. It was in 1995 that he joined New York Times as a Metropolitan editor.

Likewise, he also spent a few years as a movie critic in the paper, where he left his footprints with comprehensive writing about gay issues and AIDS.

After more than five years of covering news on Capitol Hill and Congress in 1998 and full-time reporting of the presidential campaign of George W. Bush in 1999; with various bureaus throughout the country, he started making a name for himself.

He became the first openly gay op-ed columnist of NYT in 2011 and currently writes about gay rights, politics, and popular culture.

Joining NYT seems to have been Frank's ultimate will as he's been working with them until now.

Moreover, Frank also embraced his career in broadcasting and did commentary TV news shows on MSNBC and CNN.

Similarly, Frank has different dimensions in his career as he has authored four best-selling books which include ‘Born Round,' ‘Where You Go Is Not Who You’ll Be’ and ‘Ambling into History.'

How much Salary Does Frank Bruni Earn?

The average salary of a columnist is allocated at $67,249.

As an experienced writer associated with NYT since 1995 and working for more than seven years as a columnist, it is quite clear that he earns a salary more than an average columnist would earn.

As all would expect, Frank uses his power of writings to monument his support to the gay community. Himself being a gay, he provides first-hand information on how the gay community is viewed upon still today drawing on his own experiences.

His critically lauded article titled "The Extinction of Gay Identity" on NYT covered the unheard voices of the world of lavender scents and gay bar raids along with the stereotypical thinking that is still prevalent on viewing the LGBT community. Moreover, he focused on the extinct gay character all over the content.

Frank, being an openly gay individual has always evoked a wince about gay community throughout his career.

He not only draws the attention of people from his abilities but also from his undiscovered personal life.

At Age 54, Does Frank Have A Husband?

Frank Bruni, an openly gay individual, toes to toe with all the happenings courtesy of his extrovert nature and fearless opinions.

He is one of the influential writers not because he delivers what is needed, but because he outpours his every bit of feelings in every single line. On a positive note, if one can unleash all the feelings he has inside then obviously he outscores his potential because of his free mind.

It would be a question for many as if what Frank has in store with his feelings. Better late then never, Frank answered as expected in one of his writings.

In his writing titled ‘A Father’s Journey,' he shared that he had immense peace after introducing his partner, Tom to his friends at the golf club.

Adding to that, the journalist keeps talking about his partner as he often mentions him in his twitter post, but none of those have included the pictures of his beloved.

Although sharing love among them, the columnist is yet to open his mouth about getting married and enjoying a proper relationship as husbands with Tom. It looks as if, Frank, age 54, is in love with his career more than he is with Tom.

Conversely, the open-minded writer, who is slowly being caught by father time, could be looking forward to getting married to Tom to embark on a new life with him.

Only time will tell!