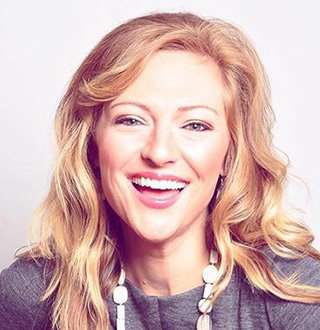 A native of a state where tornadoes and tropical cyclones are common, Colleen Coyle has seen a lot of storm damage and weather destructions. Maybe that is the reason why she chose to become the weather girl on television news. Colleen Coyle is an American meteorologist based in Dallas, Texas working for the production and presentation of the weather forecast at WFAA/Channel 8. She works in keeping track of the weather in North Texas 24/7.

She is also responsible for the coverage of breaking weather stories in the studio and in the field. Her beautiful looks and standard height of 5’8” makes her perfect to watch on television. Her passion for weather leads her to thrilling events like launching weather balloons at the National Weather Service and storm chasing in HD Chopper 8.

Related: Stephanie Abrams Status After Engaged With Fiance; Married Or Not?

Colleen Coyle is a native of Atlanta, Georgia and her father is an architect. She has not disclosed her age, but from her twitter, we can say that she is in her late 20s. She celebrates her birthday on January 7 every year.

She was a weather geek from her childhood and photography was her second passion. If not on TV, she would probably be a photographer.

She also plays guitar and violine which she learned from her dad. She earned a Bachelor degree in earth and atmospheric sciences from Georgia Institute of Technology in 2004-2008 where she graduated first in meteorology and a minor in business.

Colleen worked with researchers at Georgia Tech's Severe Storms Research Center before getting into broadcasting. Along with fellow researchers, she focused on new ways of tornado detection after an F-2 tornado swept through downtown Atlanta in March 2008.

She presented her scientific paper "A Combined NEXRAD and CG Lightning Examination of the Atlanta Tornado" in 2008 at the American Meteorological Society's Severe Local Storms Conference with her fellow authors.

How Much Salary Does Colleen Make?

Colleen was the morning meteorologist in Palm Springs, California (at KPSP Local 2)  before joining WFAA. She also worked in her hometown of Atlanta, Georgia as a weather producer for WSB-TV before relocating to the West Coast.

She joined the WFAA-TV in July 2010 where she provides complete weather information and writes feature stories and packages for newscasts. Her presentation of accurate forecasts in a professional and personality-driven manner makes her perfect at what she does.

The average salary of a meteorologist is $53,650 and looking at the experience of Colleen she probably earns more than that.

Colleen met her love of life Mike Rogers during her college days at Georgia Tech in a "Pancake Dinner" Social in their dorm Freshman Year in 2004.

Mike proposed her in a very romantic way just like in fairy tales. After a hike in Fredericksburg, he presented a Shutterfly book to her, each page of the book told their story from college days, and a beautiful ring was hidden in it. Love Story from The Fairy Tales: Colleen Coyle kissing her husband Mike Rogers at her wedding in 2015 (Photo: Colleen's Twitter)

Interesting: Find Out Betsy Kling Salary At Age 43 & Know About Her Husband & Family

Collen's husband, Mike Rogers is a very supportive man, and both of them share a very happy space with each other for 3 years. They are seen praising each other and expressing their love on social media openly.

We hope both of them remain happy forever as they are now and start their family with love and compassion.