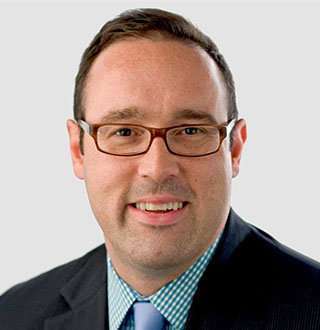 CNN Political commentator Chris Cillizza was the butt of joke among viewers for his reporting style--simple yet eloquent presentation of facts. The politico, however, didn't let the criticisms drag him down as he found cordial comfort in the presence of his adorable family.

The Marlborough native is best known for co-hosting The Tony Kornheiser Show, which is a sports podcast that Talkers Magazine ranked No. 8 in the 100 most important sports talk hosts in America.

Straight from CNN: Chris Cillizza talking about how President Donald Trump was helping the books written about him get to the bestseller’s list alongside Brooke Baldwin (Published on 11 September 2018)

Besides reporting, Chris has also written for the daily political weblog of The Washington Post, The Fix, and has contributed to the Post on political issues.

Born on 20 February 1976, Christopher Michael Cillizza was raised in Marlborough, Connecticut. He graduated from the independent boarding school, The Loomis Chaffee School in Windsor, Connecticut in 1994.

Coming from Sicilian and Irish descent, the 42-year-old journalist attended Georgetown University where he graduated with a B.A. in English in 1998.

Chris's bio of a journalist started after working as an intern for the conservative writer, George Will. He originally wanted to work as a sports writer but decided against it as he thought that politics would be more fun.

He later joined Roll Call in June 2001 where he reported on campaign politics from the presidential and congressional level and left as the paper’s White House correspondent.

Chris’ freelance work appeared in publications like The Atlantic Monthly, Slate, and Washingtonian. He made multiple guest appearances on Fox News Channel and MSNBC, and it wasn’t long before he got the position of MSNBC Political Analyst.

Chris Cillizza & His Time In CNN

Resigning from the position in MSNBC, Chris joined CNN network in April 2017, as a political reporter and digital editor-at-large and contributed on television and online platform.

It was in June 2017 that CNN announced the launch of The Point with Chris Cillizza. The official press release stated that the brand would deliver daily columns, evening newsletters, on-air analysis, a podcast, and the happenings of trivia night events in Washington, DC.

Chris covers different national politics including, the White House, Congress and the districts that are being represented. Along with the CNN, Chris has served as the regular co-host of The Tony Kornheiser Show since 2014.

Though Chris hasn’t revealed his salary or pay, there is no doubt that he gets paid a shedload of money for his incisive analysis and to the point breakdown of political events.

According to sources, the average salary of a CNN reporter ranges from $48k to $52k, from which the year-long experience of Chris brings him more than the pays as mentioned above.

Chris also added to his wealth during his tenure at the Washington Post as The Fix columnist. So, it would not be an overstatement to say that his net worth could be calculated in millions of dollars.

Unlike some cliche meeting of the fated one, Chris met his wife, Gia on a softball field as she used to be a competitive scholarship field-hockey player at Miami University.

Despite the very few revelations of Chris and his wife’s romantic affair before getting married, Chris doesn’t hold back to show his affection for Gia in his life at present and posts pictures of his wife on social media sites. How Sweet: Chris posts a picture with his wife, Gia with a sweet caption on Instagram on 23 June 2017 (Photo: Chris Cillizza’s Instagram)

And his adoration for his wife doesn’t end there, as Chris mentioned in an interview about how he finds relief when he dines out with his partner after a hectic week of work and his constant loggerhead with critics.

Alongside his adoration for his wife, Chris doesn’t fail to showcase his spilling love for his children.

Chris’s Infinite Love For His Sons

The CNN commentator and his wife have got two sons, Charlie Cillizza and Will Cillizza. And the two are the major source of Chris’ happiness and motivation in life.

Chris can’t help but gush about his wife and sons, and there’s no reason for him to restrain his love for his family. Family First: Chris posts a picture with his two sons as they go on a hike on Instagram on 24 November 2017 (Photo: Chris Cillizza’s Instagram)

He undoubtedly loves to spend time with his family, not letting his work occupy his favorable routine that includes his wife and sons.

The family often goes out on diners and holidays that melt all of Chris’ work stress. Out of all the moments, the time when Chris plays basketball with his fervent Nationals fanatic sons is his favorite stress reliever.