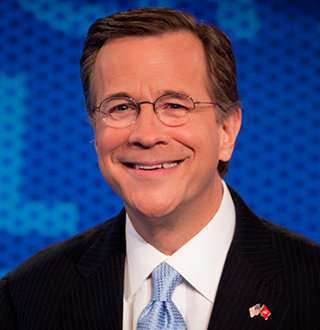 American television news anchor, David Asman never had any trouble while reaching the peak of his career meeting with certain struggles but he had the best people by his side to support him through everything.

David Asman is best known as the host of Forbes on Fox and the anchor for the Fox Business Network and the Fox News Channel.

Age of considering immigrants: David Asman shares a personal case amid the immigration debate on Fox News (Published on 16 January 2018)

David Asman, the current host of ‘Forbes on Fox,’ was born on 15 February 1954 and grew up in Washington D.C.

David, 64 in age, first joined Fox News in 1997 and has been associated with the network ever since.

He initiated his career at the editorial page of the ‘The Wall Street Journal’ where he covered Latin America for twelve years.

He wrote more over 100 articles and earned several awards from the Inter-American Press Association for his works on Cuba and Mexico, as well as for his editing of a weekly column on Latin America.

David left ‘The Wall Street Journal’ to join Fox News in 1997. He has interviewed many well-known personalities in his Fox News Career.

Along with it, he worked as host of Fox News Live weekdays for several years but resigned that position in August 2005 to head up to FNC's documentary unit.

David joined Fox Business Network in September 2007 and is presently the co-anchor of ‘Forbes on Fox’ and other numerous Fox News Specials.

According to sources, David earns a decent salary of $63K from his work in the Fox News. There is no doubt that his net worth is calculated in millions.

Being the author of The Wall Street Journal on Managing, David has garnered a significant amount of wealth.

As the father of a patriot, David shares a deep bond with his step-son, Felipe. David shared a personal story on the Fox News site on his op-ed column regarding his step-son on 4 July 2016.

David revealed about his stepson's struggle as an immigrant who came from Nicaragua to America at the mere age of 7.

When a communist dictatorship threatened to force Felipe into military servitude at the age of 15, he left Nicaragua with his mother in November 1988 to start a new life with David.

Despite the fact the Felipe found it tough to speak English and adapt to the cold weather, he soon grew to love America and his new family and was piqued by the US military.

David shared another heartfelt moment he had with his stepson regarding his interest in the military, quoting,

When I asked him why he would be willing to sacrifice his life for a country that bungled his papers, he simply told me: 'David, I want to earn my citizenship.'

Further, into the story, David shares his proud moment when Felipe became a US citizen while fighting for his country in Iraq. He concluded the story with a blessing for his stepson and all the immigrant patriots.

David indeed has a prosperous career, and to supplement his busy work schedule, he has a happy family to make him forget the daily hectics of work..

.ut before shedding lights on his family, we have David's thrilling love story to share! David, during the travel to Central America in the mid 80’s, met the love of his life, Marta Cecilia in 1984, when he was in Managua covering Central American politics and economics for the journal, The Wall Of Street. A lawyer named Roger Guevara introduced him to Marta, who is his wife now, at a dinner party.

In an interview with The Cheatsheet, David opened up about how his love story with Martha proceeded further. He told that the Sandinistas were following Martha and her son when her friend Roger was jailed by them and were beating him quite a bit. Things were turning severe. Thus he had to extract them from Central America with some risk involved. Luckily for them, they made it to New York sound and safe.

The duo then got married in 1989, and after three years, Martha gave birth to their daughter named Kristiana in July 1992. Meanwhile, she is David’s only child with Martha.

Moreover, David is also a parent to his stepson named Filipe. He even wrote an article about his stepson who was at the time serving with U.S. Marine Corps in Iraq which was published in Fox News.

In 2015, Fox News broadcasted the news of David welcoming his son, home, from his extended overseas deployment. David said it would be the first time he has seen his son, Marine Gunnery Sgt. Felipe David Asman, in three years.

David surely has a beautiful family and shares a lovely bond with them. David and Marta have always been supportive and caring parents to their children. David, who thinks that he is terrible at using a Twitter, tweeted mentioning his wife on his Twitter account on February 8, 2018. Well, it apparently hints at the bonding that they share.