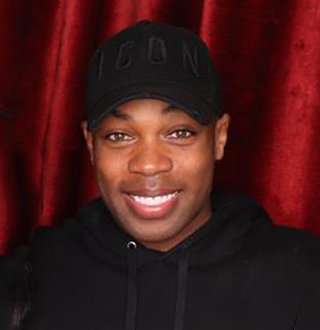 American entertainer, Todrick Hall has been very open about his sexuality, and even his relationships have always been public. However, after a high profile breakup and a cheating scandal, the multi-talented star seems to have wised up--so much so that he has even laid up new dating rules for his boyfriend.

The Texas-native is a man of multiple talents, an actor, director, vocalist, YouTuber, and choreographer. He is best known for his exertions at the American Idol in 2009. Apart from acting, the entertainment powerhouse is a famous YouTuber with over 2.9 million subscribers.

He was the judge and choreographer for RuPaul’s Drag Race. He is also known for his work with famous pop stars like Beyonce and Taylor Swift in videos of their songs like Blow and Look What You Made Me Do.

Thanks to his multiple talents, he has been listed on Business Insider’s Hottest YouTube Stars Alive and Forbes 30 Under 30 Entertainment.

Born on April 4, 1985, from a young age of nine, Little Todrick was into ballet. This opened his door to showbusiness earlier and landed roles in musical The Colour of Purple, Disney’s Beauty and the Beast and musical stage show Radio City Christmas Spectacular.

The multi-talented boy was also interested in singing and songwriting since high school. In later years, he joined YouTube and American Idol and soon became the versatile entertainment powerhouse that he is now.

After forming his fame as a potential singer from American Idol, Todrick took forward his career as a musician grandly.

What Is Todrick Hall's Net Worth?

The huge success in his career chiefly as a singer, and YouTuber, along with bit-part roles as director and choreographer, Hall has not only made name and fame, but also a huge fortune for himself.

He has a net worth of 4 million dollars and his estimated earnings solely from YouTube is around $16.9K - $271K. Well, that’s a fortune!

Todrick Hall Publicly Comes Out As Gay In 2013!

The versatile entertainer is an openly gay man in the current days, but things weren't the same years back. As any closeted gay, he too struggled to come in terms with his sexuality.

Little Hall grew up playing with dolls, singing in choirs and dancing ballet. Interested in things stereotypically boys wouldn’t do, he knew he was different from other kids. Growing up in a conservative Christian family who had a negative view towards gay people unfolded many struggles for Hall to come out of the closet.

At the age of 15, he had it enough and introduced himself as gay to his family, but instead of acceptance, he faced denial from his family. This also caused a rocky relationship with his conservative parents.

But the struggle didn't end there for Hall. Besides coming out to his parents, he was still in the closet to the world. This strained his relationship with his first boyfriend Gareth at the age of 19 as he was too scared to reveal his love to the world for his man.

But after years of struggles with his identity, in 2013 Hall finally set himself free and is loud and proudly gay now. Taking to Twitter, he stated that he was gay and reiterated his decision to be himself with #WHOIBE.

In an interview with People magazine, he has stated that he had always been acting as straight and Youtube had given him the courage to live like who he was in reality--a proud gay man.

On Idol, I was a fake version of myself, I turned to YouTube to show who I really am.

And once his revelation about sexuality came to light, so did his romantic affairs and boyfriends.

Todrick Hall's Dating History Is As Open As His Sexuality

The openly gay entertainer is as open of his relationships as he is about his sexuality.

He has openly tweeted about his relationships with his former boyfriends Myles Urquhart (2013) and Jesse Pattinson (2015-2017).

Despite the relationship with Myles never seeing much of spotlight, It felt as if Todd and his boyfriend Jesse were serious. Not only were the couples seen in mentions on Twitter, but they even appeared on a video in Todd's Youtube channel where they discussed their lovelife.

Todrick Hall Got Cheated On By His Partner--Reveals Boyfriend Qualities

As openly as Hall talks about the bright side of his love life, he didn’t hesitate to talk about the dark side.

The Youtuber was furious after his boyfriend cheated on him and went on a full on rant on his Instagram detailing about his boyfriend's infidelities. Moreover, he went on to publish his set of dating rules for his prospective boyfriends so as to ensure that he would not have to suffer the similar ignominy again. Boyfriend Qualities: Todrick Hall rants on Instagram Story after his boyfriend cheats on him (Photo: Bossip)

Well, it wasn't Todrick's loss to lose a cheating boyfriend.

And on a plus point, it can be hoped that Tod will finally have the boyfriend of his dreams after revealing his ‘Boyfriend Qualities’--which might come in handy to all the boys who want to date him in the future, YAY!