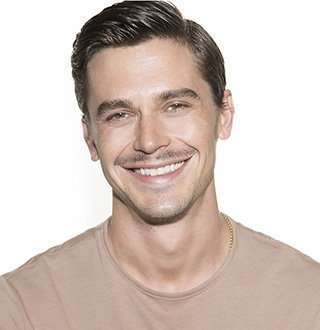 After already experiencing a gay relationship, Canadian actor, chef, and model, Antoni Porowski, with his fluid sexuality, is set for another romantic voyage, which could be with anyone, of any gender, of any sexuality.

The Montreal-native is famous for his performance quite a few TV Shows and Movies but his most recognized role as a food expert in the Emmy-award winning reality show in Netflix, Queer Eye.

Queer Eyes: Antoni and five queer experts in different fields come together for a reality show to navigate the life (published on 17 Jan 2018)

Here we present to some lesser-known facts and wikis about the multifaceted talent, including his early bio, age, boyfriend, parents, height, and net worth.

On 14 March 1984 Antoni was born in Montreal Canada to the Polish immigrant parents. His mother was born in Warsaw and his father in Brussels, shortly after the Second World War. He grew up with his two older sisters, who were both born in Warsaw as well.

While it is not known, where the actor of height 6 feet went for education, it is a common knowledge that he is fluent in three different languages, two of Canada’s official languages, English and French, and his family’s mother tongue, Polish.

2. Antoni Started His Career With Menial Jobs To Become Multifaced Personality And Earn Massive Net Worth

After working a bunch of menial jobs to earn his living, as a busboy in a Polish restaurant, as a waiter and sommelier, Antoni worked as a personal chef for food connoisseur Ted Allen. This led to him working in Netflix’s reality show about food, Queer Eye.

Apart from Queer Eye, Antoni has appeared in minor roles in a couple of TV Shows, Blue Mountain State and The Blacklist, and few movies as well, Elliot Loves, To My Father, Daddy’s Boy to name a few.

With all his works, the multifaceted personality has earned a mouthwatering net worth of, as per the wiki, $ 2 million.

3. Antoni Has Boyfriend But Does Not Want To Label Himself

According to the 34 years of age chef, he is gay but at other days he could be anyone and even labeling himself as bisexual would be unjust for what if he likes someone who is neither man nor woman.

Coming to his personal life, Antoni was recently in a gay relationship but does not want to put any labels on himself. He was dating his boyfriend of seven years, Joey Krietemeyer, and the boyfriends were perfect for each other. Moments With Boyfriend: It was the small moments and the large romantic gestures that bound the boyfriends together for seven years (photo: elitedaily.com)

Antoni and Joey not only supported and encouraged each other but were also each other’s biggest fans.

4. Separated With Boyfriend; Ready To Embark On Unknown Journey

Such a beautiful relationship, however, was not meant to be, as they separated about a month ago. While neither of them has commented on the reason of the split, according to one wiki source, the break up was clean, and there wasn’t any bad blood. They also added that Antoni and Joey are still friends.

With the last comment of the 34-aged actor about being fluid in his sexuality, it is not known where the ship of his romance is going to land, in the shores of a girlfriend or another boyfriend, or someone that doesn’t fit in either category. It is now the game of 'wait and watch,' for both Antoni and his fans.