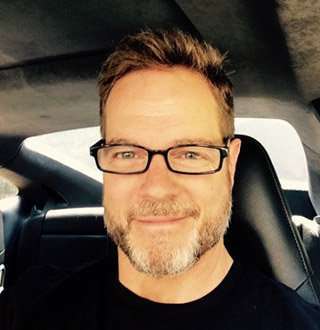 TMZ Talent Acquisition Andy Mauer was embracing a well-hidden long-term relationship with Harvey Levin until they got revealed by the quick media. So how have they been maintaining their low-key relationship?

Andy Mauer was showered in the spotlight when he was introduced as the partner of the openly gay founder of TMZ, Harvey Levin.

Here are some enthralling wikis on Andy Mauer’s age, job, net worth, and his romantic life with Harvey Levin.

Born in 1965, Andy Mauer prefers to keep his personal information in the shadows, so his birthday has remained undisclosed till date. But considering the year he was born in, it’s safe to say that Andy is about 54 years of age.

You May Also Like: Martinez Twins Wiki: Are Twins Same Height? Facts - Age To Net Worth

He graduated from the University of California (Los Angeles) with a Bachelor’s Degree in Communication Studies.

He used to be a chiropractor and started his office, Mauer Chiropractic, Inc. in December 1994. But Andy decided to leave the job and closed the office in May 2011 after 16 years and a half of its operation.

Right after abandoning his profession as a chiropractor, Andy served as the producer of TMZ Celebrity Tour for almost two years before taking the position as the Head of Consumer Products in the network in January 2013. He soon got promoted to Director of Talent Acquisition in November 2016.

According to wiki sources, the average salary of a Talent Acquisition Director ranges from $119,997 to $158,000 on an annual basis.

Andy Mauer on top of that takes the position of the celebrity news website TMZ, so you can only imagine how much he must be earning.

While his net worth isn’t disclosed till now, his partner, Harvey Levin carries an estimated net worth of $15 million.

Andy has been dating his partner Harvey Levin, age 68, the founder of TMZ, for over two decades now. The affair was only discovered after a blog called Exposarazzi published photos of Andy and Harvey together at a book signing event in 2013. Got Busted: Andy Mauer and his openly gay boyfriend, Harvey Levin are seen together at the Coffee Bean & Tea Leaf in Malibu (Photo: exposarazzi.blogspot.com | 20 January 2009)

The two are pretty close and even share a beachfront condo in Marina Del Rey that they bought in 2003. But they’re quite hesitant to show off their long-term relationship that they’ve mastered at hiding, considering the fact that they don’t even mention each other on social media sites.

Well, all we can hope is that Andy and Harvey are happily enjoying their gay relationship and will soon feed the fans with the details on their romance.