Home » Entertainment » Tom Sosnoff Bio: Gleeful Family But Who Is His Wife?
Share

Tom Sosnoff Bio: Gleeful Family But Who Is His Wife? 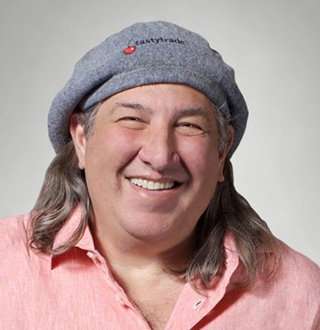 For US entrepreneur Tom Sosnoff life is all about challenges, determination, and hard work. And the entrepreneur has not only faced the challenges himself but has made it harder for us to speculate who is the mother of his two grown grown-up children.

The New York Native is a famous personality in the US enterprise as a renowned entrepreneur and online brokerage innovator.

Tom Sosnoff: Tom talks about who taught him how to trade in his show 'TastyTrade' (Published on 7 June 2013)

You May Like: Why Jackson Galaxy & Wife Married At Sanctuary | Life, Weight Loss & More

The New York native is also the co-founder of Thinkorswim, an online learning software product and CEO of Bough, Inc. which includes TastyTrade, a fastest growing online financial network that promotes options trading.

Recently in 2017, he also launched Tastyworks, a new brokage form which revolutionized the recent trading options.

The entrepreneur was born and raised in New York, USA on 6 March 1957.

The actual name of his parents is still unknown to us. But in an interview published in 2017, he said that his mom was an independent woman who ran an art school whereas his father was a 'Civil Rights Attorney'.

Tom studied Political Science in college and received BA degree from University at Albany Suny in 1979. Before becoming an entrepreneur Tom worked in a financial firm to sharpen his skills and ideas.

He traded his ply as market maker through his Sosnoff Sheridan Group in the early 1980s at the Chicago Board Options Exchange. His visionary ideas and thinking led to him co-founding an online learning software product, named Thinkorswim in 1999.

With the goal of creating financial news show, he founded TastyTrade, an online financial network in 2011.

After three years, Sosnoff was recognized for his contribution on the investment business and financial technology by EY Entrepreneur of the Year Midwest Award in 2014.

Know About Tom Sosnoff’s Net Worth

His contribution to the American financial market has served him very well on this regard.

In 2009, his creation Thinkorswim was sold to TD Ameritrade for $606 million with him personally receiving $84 million.

Additionally, his involvement in the online financial network, TastyTrade, bags him a huge sum of money annually.

So, it is for sure that Sosnoff is a multi-millionaire entrepreneur. However, the actual net worth of him remains confined.

Who Is Tom Sosnoff Married To In 2018? Know About His Wife

The 61-year-old entrepreneur’s married life is a topic of mystery to the world because of lack of details about his personal life.

But it is known that the entrepreneur parents two children, both of whom he loves unconditionally. The eldest daughter, Case Sosnoff aids him in his business as the Chief Compliance Office at his enterprise TastyTrade but details about his son remain confined just like his wife's identity. The TastyTrade owner shares a special bond with his children as he is seen spending his spare time with his daughter and son, which can be seen on the posts he shares on his social media networks.

Despite parenting two grown-ups, the identity of the mother of his children is a mystery to be solved. With that, Tom, on the other hand, has also never revealed the name of his children ’s mother.

Hence, it is left to us to speculate if he is a married man or is a single parent.