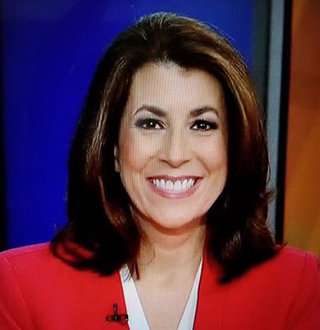 Openly gay Tammy Bruce once had a romantic relationship with her partner. However, the relationship ended in a traumatic note which left Tammy scarred for life. And now that she is back to life, she has it in her to shine brightly in her elite profession.

Los Angeles native Tammy is a multi-faceted persona and is an author, radio host, and political commentator. She is frequent on Fox News, making guest appearances in the news network's various shows. Partnering For The Show: Tammy Bruce (left) and Heather Childers appear together at the Fox & Friends First in June 2018 (Photo: Tammy Bruce's Instagram)

The 55-year-old graduated in Political Science from the University of Southern California and started her career in radio hosting the Tammy Bruce Show in Los Angeles in 1993.

The show was nationally syndicated in 2005 and Tammy made it available online as podcasts which helped her reach an unprecedented number of listeners. She also appears and comments on Fox News and Fox Business television networks.

Tammy is also a published author, who has penned three books. She wrote The New Thought Police in 2001, The Death of Right and Wrong in 2003 and The New American Revolution in 2005.  She is the bestselling author for the New York Times.

Besides, Tammy has demonstrated her acting skills, appearing in several movies. She made her film debut from short science fiction movie, 2081, an independent movie on Kurt Vonnegut's short story, Harrison Bergeron.

Tammy narrates the character of the United States Handicapper General, Diana Moon Glampers in the movie. It was premiered at the Seattle International Film Festival in 2009 and released in 2010.

Moreover, she starred in a supporting role in the 2011 documentary The Undefeated. The documentary is based on Sarah Palin, who was Governor of Alaska and later the Republican Party nominee for vice president in the 2008 United States presidential election.

Moreover, Tammy is also an active activist for the LGBTQ community and is a feminist. Being a conservative lesbian herself, she quotes conservative people to be more tolerant, more curious and more understanding.

She also regularly talks about the importance of religious and traditional values in the prospects of gay or lesbian relationships.

She also advocates the gay rights on her social media and has made her feelings known about gay marriage. She tweeted in 2015 that the civil rights victory of gay marriage has to be committed to religious freedom as well.

Born on 20 August 1962 Tammy possess mixed ethnicity and is of Italian and Scottish descent. The actress describes herself as a bisexual, however, identifies her as a lesbian in order to make her sexuality clear.

The Fox's anchor is more in the news for her political stance and controversial remarks than her love life, but that doesn't mean she has never been into any relationship. She previously dated late actress Brenda Benet.

Tammy was in a relationship with Days of Our Lives actress Brenda Benet in the 1970s and 80s. Tammy worked as a personal secretary to the actress and later became her girlfriend.

Brenda came to Tammy after her divorce with former husband actor Bill Bixby in 1980. She had already welcomed her first child a son, Christopher Sean Bixby in 1974 with Bill. She was focused on raising up her son in the right way and even retired from the showbiz to bring her son up. But she was unaware of the misfortune that was to shatter her into pieces.

After the divorce, Brenda had to face a huge tragedy in 1981 when her only son Christopher died during a winter ski vacation in Mammoth Lakes, California. Her son had caught a severe cold and developed epiglottitis, which ultimately served as the cause of his death.

Brenda was charred by her son's death and slipped into depression and drugs. Despite umpteenth efforts from Tammy to help Brenda overcome the grief of her divorce and loss of a son, Brenda's situation did not improve.

You May Like: Chance Sutton Is Dating Gorgeous Girlfriend At Age 21! Height, Brother & More

On 7 April 1982, Tammy went for a planned lunch with Brenda at the house they shared in Mandeville Canyon in Los Angeles. But on reaching the house, she found Brenda locked inside the bathroom. Instantly fearing the worst, Tammy came out to ask for help. However, the moment she stepped out of the house, Brenda shot herself in the head and died of the injuries.

Ever since her ill-fated romance with Brenda, Tammy has never been in a relationship with any other. Maybe the burden of Brenda's death could be a big factor in her decision to remain single.

Keep Calm Hillary's Supporter Cause Tammy Might Offend You!

Tammy might take forever to let go her tormenting past before she finally decides to sprout a new relationship. But she has not delayed in taking over her profession all over. Losing her love to a tragedy haunts her perhaps but she has no fear in putting her points straight; be it in speaking against Hillary Clinton's statement.

The story comes from a tweet that Tammy posted on 10 October 2018 inlining to the comments fellow journalist Kimberley Strassel made in her Twitter. They both teamed up to obliterate Hillary Clinton's rant regarding civility when she sat down in an interview with CNN's Christine Amanpour om 5 October 2018.

You cannot be civil with a political party that wants to destroy what you stand for, what you care about. That's why I believe, if we are fortunate enough to win back the House and or the Senate, that's when civility can start again. But until then, the only thing that the Republicans seem to recognize and respect is strength.

Kimberly took on Twitter to reflect upon the matter and Tammy followed on. Tammy must have got on the nerves of Hillary's supporters. But she knows better than to back off.