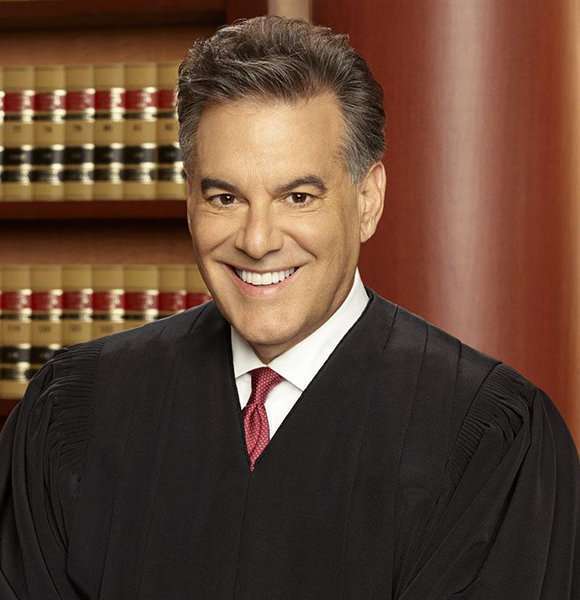 American attorney, Larry Bakman, who tried more than 500 Federal and State Criminal cases, loves his furry baby out of all his children.

Larry Bakman is quite known as one of the three judges to work on CBS syndicated daytime court show Hot Bench, from 2014-2016.

Age of Violence & Abuse: Larry uses his celebrity to bring awareness to the organization, New Directions for Youth for Los Angeles youth to stay off the streets and live violence-free lives since the mid-seventies (Published on 1 May 2016)

Among his many remarkable cases, Larry has defended multiple Federal RICO offenses, in which the US government has sought the death penalty.

Furthermore, Larry has worked as a Judge Pro Tem for the Van Nuys Municipal Court and the West Los Angeles Municipal Court, where he was employed to assist as a judge substitute temporarily.

Similarly, Larry was also one of the three judges on the courtroom reality CBS’s TV series ‘Hot Bench.’ He left the show back in 2016 after appearing in its two seasons from 2014 to 2016.

According to published reports, Larry left the show to focus on his busy law practice.

Correspondingly, Larry also lives a prosperous family life. Although he prefers keeping their identities confined, Larry provided a glimpse of his wife and children through Facebook back in 2016. Complete Family: Larry posts a picture with his wife, daughter, and son on Facebook on 3 November 2016 (Photo: Larry Bakman's Facebook)

Larry also loves to spend time with his lovely wife during the holidays. He shared a picture on Facebook of him enjoying with his partner far from Los Angeles on the sea, the same year in 2016.

Likewise, Larry is close to his son and daughter as well. Recently on March 3rd, he posted an image mentioning that he is chilling with his daughter taking a break from his work. Moreover, Larry shared a picture of celebrating his son’s birthday on March 7.

Attorney Larry Bakman is unquestionably a successful man with a blessed family, and even though the exact figure of his salary remains unknown, considering his career, he indeed should be prosperous in his professional front too.

Like any other parents, Larry favors his fur baby the most out of his children. Larry has got a dog, which shares the breed of Great Dane and he loves to share pictures of his dog on social media.

In September 2018, Larry went to the beach of Empire, Michigan in the US to spend quality time with his family. But, he spent the most significant time with his dog and didn't miss the chance to share the moment on his Facebook. Larry also announced that he was taking a couple of weeks off to have fun in the Michigan sun and enjoy the summer this September. Though he went with his family, he might just spend most of his holiday with his beautiful dog.

And if he's willing, Larry might share more of his family's pictures and reveal some detail on his personal life a bit better.