Karen Davila Bio: From Family Life With Husband To Awards And Height 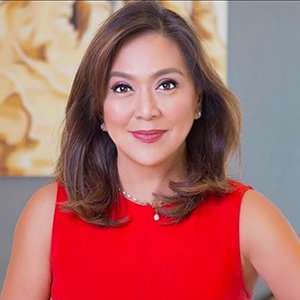 Karen Davila found her future husband on the verge of her career. As a family women, she has some mantras for the ecstatic family life.

The Philippines-born television and radio journalist is widely known as the host of ABS-CBN informational program, Wonder Mom. She was regarded as the Sexiest Woman Alive by Esquire Magazine in 2015.

The most crediting award Karen ever won was the TOYM Award in 2008.

The beautiful television presenter was born as Kristin Karen Davila on 21st November 1970 as the eldest child in the family. She has two siblings; a sister named Koleen and a brother named Karlo.

You May Also Like: Is Nasser Al-Khelaifi Married? Shocking Net Worth, Absent Wife - Family, House & More

She attended the Colegio San Agustin-Makati High School and earned her degree of Bachelor in Mass Communication from the University of the Diliman, Philippines.  Karen began her broadcasting career through the late-night GMA network newscast in Saksi.

She has hosted numerous TV shows in her career and has earned more than 20 awards in journalism field from both local and international organizations. As of 2018, Karen received an award of the Best Female News Anchor for her work on ABC-CBN’s show.

On 7 October 2018, Karen made it utterly clear that she would stand by Gretchen Fullido by tweeting out her support and condemn on sexual harassment and victim shaming.

While a feud is emerging in the sexual harassment controversy within several former and current ABS-CBN news executives, Karen openly expressed her repulsion on the topic as she tweeted,

No to SEXUAL HARASSMENT. NO to any form of VICTIM SHAMING. Without prejudice to any of my colleagues, these values are eternal to my person.

Gretchen accused Cheryl and Maricar of sexual harassment for allegedly sending her text messages that suggestively amounted to asking for sexual favors and that they made her work at TV Patrol when she refused the advances.

Ces, Venancio, and Marie, on the other hand, were charged with libel for the apparent malicious remarks they made against Gretchen surrounding the sexual harassment controversy.

Karen strongly stood by Gretchen's side as she singled out Ces' engagement in victim shaming when she remarked that Gretchen 'deserved to be harassed for wearing a bikini' for TV Patrol.

Karen is not just a smart woman but also a beautiful lady who has already been at the height of stardom through her significant career and is still likely to amass more success. On the other side, she has a joyful personal life as well, being a married woman and a mother of two sons.

Karen met her husband David Jude Sta Ana also known as ‘DJ,’ the First Vice President of Government Relations at Aboitiz Equity Ventures, Inc, at the newsroom of GMA back in 1994. Karen fell in love with him first sight, and the pair soon got attracted to each other and eventually started dating.

After dating for almost six years, Karen tied the nuptial knots with DJ via a simple and quiet wedding ceremony held in Hong Kong on 22nd July 2001. The newlyweds flew to Amanpulo in Palawan for their three-day honeymoon.

The couple welcomed their first child, David, and their second child, Lucas when Karen was at the age of 32 and 38 respectively. But sadly, Karen's first son got autism.

During an interview with the Kapamilya host Bianca Gonzalez in August 2013,  Karen revealed that she learned of her son’s unusual condition when he was just three years old.

Moreover, Karen expressed that she and her husband had to go through so much pain when they discovered the health status of their son. But as time passed, her son's autism taught Karen how to be very patient with children with autism and love them unconditionally.

Furthermore, Karen claimed that her first son 's condition made her extra cautious during her second pregnancy due to which she ate very consciously.

On 29th of March 2018, Karen revealed about her family's traumatic experience in Siargao through her Facebook account. The couple had brought their sons to the island for a vacation to have some sound family time, but their son, David got into an accident while surfing.

Explaining the incident in the Facebook post, Karen wrote that she and her family is grateful to have David safe and sound. As for now, Karen is living a successful conjugal life with her husband and children. She believes that respect, connectedness, vanity, and security are the secret to a prosperous family.

Moreover, she shares similar loves with her parents and siblings. She never forgets her parents support for the accomplishment in her family. In August 2017, she posted a touching birthday message for her nephew who is struggling with cancer, on her Instagram, and via the caption expressed her admiration for him.