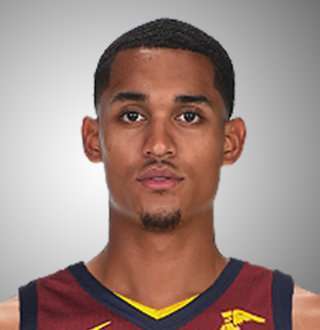 American-Filipino basketball player Jordan Clarkson had been romantically linked with numerous women previously but his new rumored partner completely overtook the past speculations.

The Tampa native is famously known to be the member of Ohio-based basketball team Cleveland Cavaliers since 2018. He previously played for Los Angeles Lakers for four years.

Jordan Clarkson has also led to the new season high in January 2018 with 33 points in a win over the Indiana Pacers.

Born on 7 June 1992, 26-year-old Jordan has been a part of basketball since his young age. He used to play the game when he was schooling at the Karen Wagner High School. Later, Jordan enrolled at the University of Tulsa and continued playing.

Jordan credits most of his success to his parents who supported him to play basketball since his school days and showcases his gratitude in various interviews.

His biological mother listed in the Air Force and he harbored sports mentoring of his father who fought against a rare form of cancer. Jordan put his best efforts to stay strong for his father and stepmother after cancer reveal. Luckily, his father recovered after months of treatment and rest which helped Jordan to fully focus on his basketball career.

Jordan credits his father's influence for his success in basketball as his father was always present in every moment of achievement that he shared.

You May Also Like: Glory Johnson Got Twins From 'Baby Father'? Divorce Battle & Suspicions

During his college days at Tulsa, he was named to All-Conference USA first team. Afterward, he transferred to the University of Missouri and became the Second-Team All-SEC selection as per his wiki.

In his last years at the college, Jordan applied for the NBA draft. He was selected as the 46th overall pick in the NBA draft by the Washington Wizards on 26 June 2014.

However, he was sold to the Los Angeles Lakers before the 2014 NBA Summer League started. On 25 August 2014, Jordon signed the contract with The Lakers and started playing for the team after the initial half of the season.

After playing for three years, Jordon re-signed the four-year contract amounting $50 million with The Lakers. In March 2017, he had his career highs of 35 points and eight 3-pointers during a win over the Minnesota Timberwolves.

While his actual net worth remains confined, Jordan bought a lavish house worth $3.2 million in the Los Angeles neighborhood of Woodland Hills during Cavaliers' playoff run.

The house is 5,800 square foot with five bedroom and six bathrooms. Each bathroom has a shower and a classic tub with huge mirrors. It is quite a luxury inside and outside with a swimming pool resting in the backyard.

Jordan Suffers From Unusual Expectations: Having To Play Off-Ball

As a talented bench scorer, Jordan has been expected to showcase his new development involving him to play off the ball more whether or not the Cleveland Cavaliers win or lose upcoming games.

While Jordan has been remarked as being aggressive with trying to get himself to score more, comments have supported on the change he needs to show and swallow his pride to concede the ball at times.

Reports put forward their opinions to make Jordan consider playing time over a low-maintenance player like David Nwaba, which will provide him with a more all-around skillset.

The reason for this is quite possibly the fact that David has the defensive versatility that Jordan doesn't come close to having at all. While both players embrace their flaws, they are anticipated to credit each other with more shooting threat and effective teamwork.

Gushing about love life, Jordan had been linked with many women and includes the biggest names in fashion as his girlfriend.

Back in 2016, he was dating supermodel Kendall Jenner with absolute low-keyness. The boyfriend-girlfriend duo attended 2016's Coachella and went to the Bootsy Bellows' Red White and Bootsy party as a couple.

Jordan also spent quality time with Kendall in her house located at Malibu. But the couple ended their relationship without giving any reasons, and Kendall moved with her new boyfriend American rapper, ASAP Rocky.

After Kendall, Jordan was rumored to be dating the Famous In Love star, Bella Thorne and model, Hailey Baldwin in 2017. However, no evidence to prove their dating affair ever surfaced out.

It would not be a surprise if Jordan were linked with any other women. But he is assumingly dating his ex-girlfriend, Kendall's best friend, supermodel Bella Hadid.

Jordan and Bella were first spotted together when Bella supported Jordan during the match between Lakers and the New York Knicks back on 12 December 2017. After the completion of the match, the duo hung out in Los Angeles City. Jordan and Bella were also seen together at the high-end Japanese restaurant Zuma along with friends such as Camila Morrone, Justine Skye and so on.

Though the couple has been spotted together a couple of times, they have not spilled any words on their relationship.

Nevertheless, Bella once reacted to the Twitter post that claimed her to be dating Jordan on 11 January 2018. She merely questioned the post, with "Am I? and left a confused face emoji in the side of the comment.

While Jordan and Bella have been super low-key about their dating status, they have left their fans and followers to fantasize any theory of their dating.