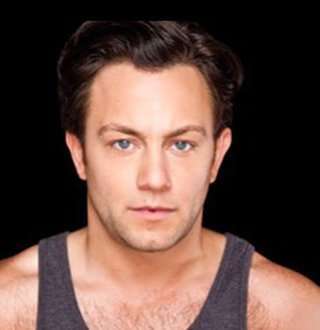 American actor Jonathan Sadowski decided to take a step forward in his relationship with his partner in front of the whole Young & Hungry cast and crews.

Jonathan Sadowski is quite known for his portrayal of Josh Xander Kaminski on Freeform’s sitcom, Young & Hungry. He has also starred in the show Chopped on Food Network.

Hollywood Today Live: Jonathan and Emily Osment are talking about their patch-up on Young & Hungry (Published on 3 February 2016)

Jonathan also played as Wade in the slasher/horror movie, Friday The 13th in 2009. He's also a producer known for Chernobyl Diaries and Live Free Or Die Hard.

Raised in Chicago, US, Jonathan Sadowski was born on 23 November 1979 to Marirose and Robert Sadowski.

You May Also Like: How Is Brennen Taylor Age 23 Gay? Girlfriend Now To Prove Rumors Wrong?

Standing at the height of 6'1, Jonathan attended Mount Carmel High School. He graduated from the University of Illinois at Urbana-Champaign with Bachelor of Fine Arts Degree in theatre.

After graduating, Jonathan moved to Los Angeles and did jobs like waiting tables and bartending. Eventually, he sold a screenplay and booked his first feature film.

Jonathan Supports Gay All The Way

The on-screen gay hairdresser of She’s The Man is very supportive of anything gay related. He’s open about his opinion on gays, and he cheers for them.

Jonathan not only supports gays as an individual but also roots for same-sex marriage. He even wrote a Tweet on the talk of gay marriage.

The tweet he wrote was so on point that the homophobic people might have gotten offended. Jonathan doesn't hesitate to speak up with support when it comes to anything regarding gay people's lives.

All his talks about gays and their equal rights led the public and fans to assume that Jonathan might be a gay as well.

However, the rumors soon dissolved to nothing when Jonathan introduced his girlfriend to the public.

The 38-year-old actor had been dating stylist, Melissa Lynn since 2 October 2010. Melissa Lynn is a professional stylist who loves to travel. She is a ‘full-time foodie’ according to her Instagram bio.

The pair had been dating for a long time already when Jonathan decided to take a step ahead and present a ring to Melissa on 5 June 2015 in front of the cast and crew members of Young & Hungry.

Jonathan's fiance looked impossibly overwhelmed with happiness and immediately said ‘Yes’ when the Jonathan asked the ever so cliche question, ‘Will you marry me?’

Here Comes The Fiancee: Wife-to-be Melissa showing off the ring that Jonathan proposed to her with on the Young & Hungry set on 5 June 2015 (Photo: justjaredjr.com)

Since the engagement, they're maintaining their relationship in a steady way and are in a live-in relationship.

The couple seems to be in no hurry to pronounce wedding vows. But, since they’re engaged, there is no doubt that Melissa has already grasped the role of a wife.

You Don't Want To Miss: David Sutcliffe Still a Dating Material! The Once Married Actor Aging Like a Wine