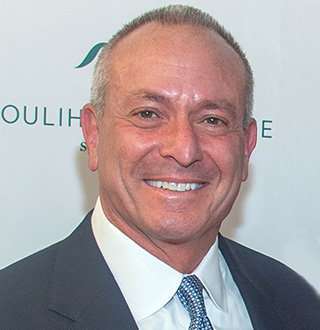 Being married to a celebrity wife means your business affairs are no longer just yours - this impression swells in tenfold if your significant other is a successful woman with millions in net worth - ask American financial executive Joel Schiffman, whose only connection with show-biz is his girlfriend since 2013, Hoda Kotb.

She is an American broadcast journalist, TV presenter, and a published author who currently serves as a main co-anchor of the NBC News morning show Today.

Other famous Today personalities in our archive include Allison Langdon and Lauren Scala. To cover his growing association with show-biz, thanks to Hoda, we have compiled a list of fascinating wikis on him:

Joel is the vice president and director of financial institutions at Janus Group.

The business financer possesses a bachelor’s degree in Economics from the University of California in 1981. He’s a certified investment management analyst, having graduated from UCLA’s Wharton School.

You May Like: From Grace Miguel & Usher Secret Wedding To Divorce! Bio Details, Age, Children

Before holding the esteemed job at Janus Group, he worked at Columbia Threadneedle Investments as a Senior Relationship Manager.

Joel met Hoda at a Wall Street event in 2013 where Hoda was signing her books. He had asked her for an autograph.

Speaking to Carson Daly on Today in 2014, Hoda confessed that she almost didn’t go out the night she met him. She said:

I’m so glad I went out that night because it was a chance meeting that ended up being kind of life-transforming event for me.

After a brief exchange at the event, Joel emailed her. The couple went on a date and had been dating ever since.

In March 2007, Joel's beau, Hoda, underwent mastectomy for breast cancer. Because of her illness, they couldn't conceive a child. This led them into adopting a baby daughter, Haley Joy Kotb, on 21 February 2017. Adorable: Papa Joel and Mama Hoda play with Haley on a day off at the beach in a photo posted by Hoda on her Instagram on 5 June 2015. (Photo: Hoda Kotb's Instagram)

Their daughter was reportedly born on Valentine's Day. Hoda has been sharing lovely pictures of her daughter ever since her arrival.

Are Joel Schiffman And Hoda Kotb Near To Getting Engaged Or Married?

After three years of dating, Hoda and Joel moved in together in October 2016, leading people to suspect that the couple was engaged, however, as per reports, they are planning to take a step forward in their relationship, as they feel their strengthened bond will be beneficial for their daughter.

On the other hand, Hoda, herself, was married for two years to a university tennis coach named, Burzis Kanga. She split with Burzis in 2007.

Joel Schiffman's Net Worth: Hoda's No Slouch, Either

Joel has been working in finance since 1987. His tenure at Threadneedle Investments as a Relationship Manager and his current gig at Janus Capital Group as its Vice President must have helped him rack millions in net worth.

Together, their net worth puts them at the upper echelon of America’s wealthiest couples.

More often than not, when a woman in a relationship starts making more than a man, feeling of insecurity arises. The fact that Hoda has millions in net worth seems to have made a minimal impact on their relationship. If anything, this has led to their union.