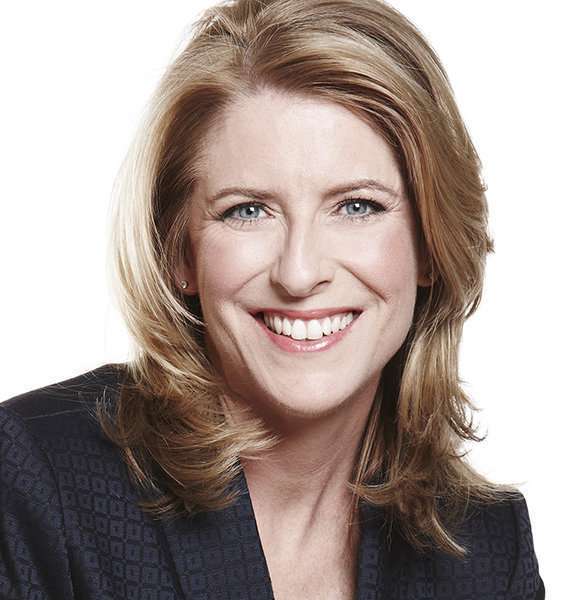 Professional and Personal life doesn't really seem to bode well with each other when it comes to renowned personalities. As logical as it seems, Canadian journalist, Jamie Orchard who has had a transparent career never really opened about her personal life especially her married life.

The Quebec-native has covered major stories for Global Montreal's Evening News and accumulated quite a fame for herself. Moreover, the anchor, with her steadfast dedication to the journalism sector and appearance as a television personality, has grabbed numerous admirers willing to know more about her personal life away from the newsroom.

Work Bound: Jamie Orchard talks with Dr. Cohen in her show about his experience as a porter (Published on 19 January 2010)

With more than a decade of working with Global TV, Jamie Orchard undoubtedly garners a handsome salary to support her undisclosed net worth.

Who Is Jamie Orchard?

Jamie Orchard, the beautiful Television personality, is a popular journalist with lifelong experience in the field. She was born in the Montreal suburb of Brossard, Quebec. Even though she celebrates her birthday every year on 13 July, her exact birth year is still unknown which makes her precise age unclear.

Jamie gained her graduate degree in journalism and history from the Concordia University in 1997.

With the aim of excelling in the field of journalism, she first started reporting to the broadcasters such as CTV Television network and CBC (Canadian Broadcasting Corporation).

Later, Jamie landed as an anchor and a host in the Global Montreal and has been working there since then. Till date, Jamie has covered stories including the ice storm, the riots at the Summit of the Americas and the Dawson College shootings for Global Montreal.

Back in 2004, Jamie was even named one of the city's most remarkable women by the Board of Trade of Montreal.

Moreover, The Evening News hosted by Jamie earned an award for best breaking news coverage in 2006. A year later in 2007, the show was named as the Best Newscast in Eastern Canada by the Radio/Television News Directors Association.

You may like: Is Britt McHenry Married? ESPN Reporter Has Husband Details & Personal Life Insight

In addition, Jamie is a social worker too.

She has worked with The Missing Children’s Network and for The Action Centre in Lasalle with Kevin Harrison and the Generations Foundation which provides breakfast and lunch programs for school children.

Working for The Action Centre, Jamie who was instrumental in launching the Chair Aware Challenge with CJAD, Global TV, and The Gazette in 2006, spent the complete day in a wheelchair and faced the same obstacles that Kevin Harrison is obliged to meet each day. Moreover, Jamie and her colleagues also raised $50,000 for the center.

Lately, in September 2018, her two decades of dedication in the Global Montreal Networks was awarded. She was acquainted as an assistant news director at Global Montreal which will see her being responsible for managing the station’s online team as well as on-air news broadcasts.

Reacting to the news of her appointment, Jamie talking to global news digital stated,

"I am really excited to take on this new challenge, It will give me an opportunity to expand my horizons beyond broadcast to the world of online journalism and management."

As for now, Jamie works as the senior anchor and news editor for Global Montreal's Evening News.

Is Jamie Orchard Married To A Husband?

Jamie Orchard, who has hosted the Focus Montreal, not only has a dedication towards her career but has a blissful married life with her husband, Jean-Luc as well.

Although much details regarding her marriage have not been revealed, it is known that she has a family of four; Jamie shares two sons Luc and Liam with her husband along with a pet. Previously in 2011, Jamie, the mother of two, revealed through one of her Twitter posts that she is an older mom herself and gave birth to her second child when she was 43.

Talking about her family and her experience as a mother in an interview with the Montreal Families, Jamie divulged that her husband reminded her how he was invested in helping her balance her family and work.

Adding to it, Jamie even quoted that laughing with her children makes her the happiest person and said that she would love to see the act of kindness from boys.

Well, Jamie, who believes in kindness, devotes her extra time to the number of charities, including the Action Foundation, a center to help the physically and mentally challenged Montrealers.

Through her service as an active volunteer in the Action Centre, Jamie even won the Izzy Asper Community Service Award back in 2008.

As of now, Jamie is focused on balancing her professional life and personal life enjoying her both as a journalist and a mother.