Cliff Curtis Married With Family! Who Is Wife Of 'Fear The Walking Dead' Star? 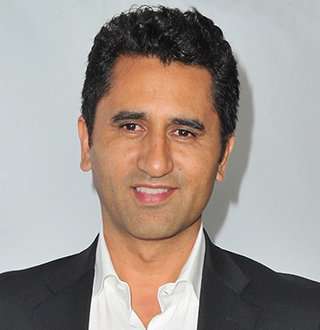 New Zealand actor Cliff Curtis had experienced the zeal of his life when he got married to his wife!

His best-known role came as Paikea's father Porourangi, in Whale Rider (2002). Likewise, the  Rotorua-native is well-adored as Travis Manawa in the AMC series Fear the Walking Dead

Apart from that, Cliff has featured in movies including Blow, Whale Rider, and The Dark Horse.

FInd Out: Charlie McDermott Married Or Casually Dating? He Just Can't Be Single

To pursue his passion for acting, he joined the New Zealand Drama School, and later enrolled at the Teatro Dmitri Scoula in Switzerland.

Cliff Curtis enjoys the massive net worth of $3 million from his succesful acting career.

Cliff Curtis had an abusive upbringing, which nearly led him to suicide as a teenager. When he was three years old, a tragic car accident killed his mother.

The incident went on to be the root of his family life’s destruction. His father, who was left devastated, raised Curtis and his six siblings, however, taking his anger out on them as he hit them without hesitation.

Opening up about his family’s tragedies to TVNZ, he described his childhood and his father’s character after the accident, stating,

"Dad was a character, he tried his best to raise his kids but it was tough on him and he didn't take well to it."

He further elaborated about his family abuse,

"That was normal where we grew up anyway. It wasn't a big deal and it wasn't the end of the world."

The Curtis family was derailed as it was clear his father wasn’t taking the loss too well. So, Curtis moved to an aunt's home in the Bay of Plenty where he was neglected furthermore.

Despite the difficulties his family faced, he couldn't stay angry and bitter with his ‘broken’ family and claimed that he didn't want to dishonor his father who "did his best" to raise them.

Aside from opening up about his dark past, Cliff has chosen to keep his privacy as dark, revealing very little about his prior girlfriends and dating life.

Because of the unavailing nature of his life, he has been speculated to be gay. However, that is entirely untrue as he is married!

In January 2010, Cliff, who was a father of two, got married on New Year's Eve at a Hatupatu Marae in Tapuaekura - his family’s sacred place on the edge of Lake Rotoiti, near Rotorua.

Despite getting married, he wanted the media to respect his and his wife’s privacy as he stayed silent about the wedding.

However, what is known is that the bride's family had traveled to Rotoiti from Asia. She had sailed from the Duxton Hotel to the marae by boat. Wedding: Meet Cliff Curtis' wife as she walked down the aisle on their wedding day in January 2010 (Photo: Dreamstime)

His present-day wife was accompanied by more than ten bridesmaids, dressed in above-the-knee purple robes, and as many flower girls, dressed in white.

See Also: Doris Burke's Husband & Daughter, Who Are They? Personal To Career Details

She looked astonishing in a strapless white dress with a sweetheart neckline and a veil that reached to her ankles. As to the number of guests attending the wedding, it was about 200 but were mainly consisted of their family members.