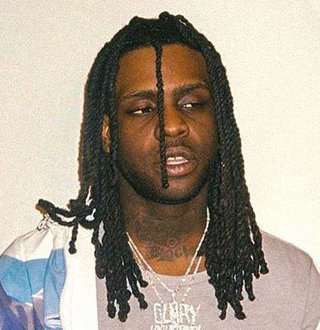 American rapper and record producer Chief Keef became a father at the age of 16. He faced multiple controversies regarding the parenthood but never forgot his responsibility as a father.

The Chicago native is well recognized for his single song I Don't Like which reached Billboard Top 10 list in 2012. He serves the CEO of his record label Glory Boyz Entertainment and is the frontman for the rap group Glo Gang.

He began his musical career in 2011, releasing the mixtapes, The Glory Road and Bang which earned attention from Chicago's South Side community.

He released his debut album, Finally Rich, whose song, "I Don't Like" became popular and was even remixed by American musician, Kayne West.

Chief has given various hit pieces of music associating with several bands. He released his third album Dedication on December 2017.

Increased Net Worth From Contract With Interscope Records

Chief has made big money from his long stint to music. Producing various popular musical tracks, he has earned the impressive amount of revenue by the sale of his albums.

In 2013, he signed a contract with Interscope Records that could potentially be worth $6 million. The deal covered his three albums, and as part of the contract, Interscope made an advance payment of $440,000 plus $300,000 to cover recording expenses to produce a commercial version of his debut album, Finally Rich.

Chief also received a $180,000 advance for his record label Glory Boyz Entertainment and $200,000 to cover record label overhead expenses. The album sold 150,000, but the contract was dropped in the same year.

Moreover, receives heavy paychecks for his live performance in various locations inside the country.

Because of his trauma in personal life, he has been evicted from his property several times. As of 2018, his net worth reaches $1 million.

Chief was born as Keith Farrelle Cozart on 15th August 1995 in a financially unstable family. He was born when his mother was 16 years old.

His step-brother, Ulysses Gissendanner III was murdered in a gang-related shooting in January 2013. Ulysses was just 19-years-old when he was shot in the back of the head after visiting his uncle.

Chief attended Dulles Elementary School and Banner School. He later went to Dyett High School, where he dropped out of at age 15.

The 22-year-old has been apprehended with various criminal charges. He was arrested several times for drug issues and gangster activities.

It was announced in November 2018 that Chief Keef would avoid prison time in his most-recent DUI arrest. Pleading no contest to a reckless driving charge except for facing a felony DUI, Chief got a plea deal.

The deal will give the rapper six months probation and require him to perform 50 hours of community service. This started when Chief was pulled over in Miami in 2017 and tested positive for eight different drugs.

Apparently, he had Morphine, Promethazine, Codeine, THC, Norcodeine, Hydrocodone, Dihydrocodeine, and Hydromorphone in his system at the time of his arrest.

The stipulation of his six months of probation required that Chief avoided heavy drug use. While 2018 has been a quiet year for Chief on the legal front, he has released a string of projects and collaborations. He has barred the occasional feud with rapper 6ix9ine and has stuck to the music with releases like Back From The Dead 3.

Chief's dating life seems to be a roller coaster as he got involved in a brief relationship with several names giving everyone a girlfriend tag.

One of them was the music video model girlfriend, Pretty Mesha. They got engaged in May 2013. However, the couple got separated without commenting any reasons.

Besides that, he is a father of five kids. At the age of 16 Chief became the father of his first daughter named Kayden Kash Cozart. He was served for child support by the child's mother, Kay Kay.

After two years, a DNA test revealed that he is a father of a 10-month-old daughter, Kimora Sosha Cozart as well.

Similarly, in May 2015, he became the father of a son, Sno Cozart.  Although he gets multiple claims from women to be the father of their son, he denies those claims which created trauma in his personal issues.

He later announced the birth of the fourth child, a son named Krüe Karter Cozart in September 2014.

Child Support Amid Controversy In Parenthood

Chief's baby mama officially served for a request of child support around 2011. Moreover, in 2013, he was fathering his second child, a daughter named Kimora. He wished his son, Krue's birthday via an Instagram post in September 2017. Likewise, in January 2018 he uploaded a twinning picture with his son, Krue on his Instagram.

Chief, who is currently unmarried, has not flaunted his dating status. He is probably single enjoying the parenthood with his children.