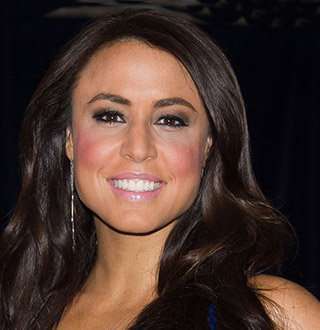 American political analyst, Andrea Tantaros having gone through a very less amount of support after getting sexually harassed shut out from the media world, giving birth to conjectures of her getting married behind the curtains.

Andrea Tantaros is quite recognized as the co-host of daytime news, Outnumbered and The Five on Fox News Channel.

Age Of Taking Advantage: Andrea discusses the lawsuit she filed against television executive Roger Ailes where she accuses him of sexual harassment (Published on 4 October 2016)

Andrea has worked as a press secretary to Governor, William Weld, and Judge, Jeanine Pirro.

You May Also Like: What Is Shawn Pomrenke Net Worth? TV Personality Personal Bio - Married & More

She attended Parkland High School and graduated with a degree in French and journalism from Lehigh University. Andrea initially worked as an intern for CNN’s Crossfire program just as she was finishing her degree.

The 39-year-old analyst started her career as a spokeswoman for Massachusetts Governor William Weld and Congressman Pat Toomey.

Andrea moved to New York City in 2005 and began Andrea Tantaros Media that gave out crisis management and media strategy.

In 2011, Andrea was made the co-host of The Five, which beat its competitor on MSNBC and CNN by 2013 and became the second-most watched program in cable news and eventually, she went to co-host Outnumbered in 2014.

In August 2016, Andrea filed a $50 million lawsuit against late television executive of Fox News, Roger Ailes (Died in May 2017) in which she accused him of sexual harassment.

In the papers filed in court, Andrea says that Roger made insulting comments on her body and asked too many questions regarding her personal life.

Furthermore, the file read that Roger called Andrea in for a meeting in his office in August 2014 and improperly asked if Andrea hoped to get married and have kids one day.

When Andrea rejected his advances, she was moved to another show, Outnumbered with a worse time slot. Several Fox News executives ignored her complaints and forced her off the air.

While complaining about Roger to Fox News head, William Shine, Andrea was told to let the matter go as Roger was a very powerful man.

In May 2018, the federal judge, George Daniels dismissed Andrea’s lawsuit against Fox News as it was based on speculation and conjecture without holding any proof for her claims.

There aren’t many people who appear in Andrea’s dating history. But, the most notable relationship she had was with Dave Navarro, the guitarist of the rock band, Jane’s Addiction.

The pair officially announced their relationship in April 2015 but were said to have been dating for a couple of months already.

Andrea and Dave were seen sharing kisses around New York City and having a romantic stroll during their time of dating.

Some fans were not happy to hear the news, and one even took to Twitter to diss on Andrea’s choice of dating someone. But Andrea didn’t enjoy a long relationship with Dave as he was seen with another girl in New York City.

Dave was seen clutching the back of the girl’s neck as she responded favorably to his touch.

Since the parting with Dave, Andrea hasn’t announced or even shared much about her romantic involvement with anyone.

Andrea hasn’t been active on any of her social media sites since her lawsuit against Fox News in 2016.

There’s no information on what she’s up to now as she has wholly secluded herself from the media. But she might be secretly dating someone, possibly her destined one.

The fact that she’s nowhere to be seen also has people wondering if she’s already married and enjoying the time of her life with her husband.