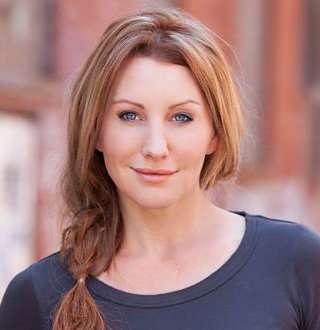 American Home Advisor Amy Matthews is a gorgeous, passionate and diligent working lady anyone would love to date. A woman who's in her own league surely isn't single-- or is she?

She has also expanded her work in social projects like Habitat for Humanity and the Jimmy and Rosalynn Carter Work Project.

American native Amy Boogadie Matthews was born on 19 May 1973 in Robbinsdale, Minnesota.

She is said to be a bright student from an early age. She graduated from Boston University and also joined American Musical Dramatic Academy.

The busy lady also has perfect body measurements, standing tall at the height of 5 feet and 5 inches and weighing around 59 kg.

From a very young age of 14, Amy was engaged in home repair projects with her church youth group, and that’s where she found her sparks of art and passion for the home renovation world.

Leaving theatrics far behind, Amy has succeeded in the world of home renovation. She is one of the staple hosts of the HGTV network and also a reliable home advisor.

She also appeared in a national commercial for the Home Advisor- a digital marketplace that connects homeowners guiding them towards a complete home improvement, maintenance and remodeling projects. Amy surely does work hard for things she is passionate about! The hard working lady has an estimated net worth of $1 million.

Did Amy Matthews Have Plastic Surgery?

When you search Amy Matthews, you might find out that she is a personal trainer who had plastic surgery!

But don’t be fooled guys, our gorgeous home advisor Amy is not related in any ways to yoga or plastic surgery stuff. It’s just that there are too many Amy Matthew’s in this world of 7 billion peeps!

The lovely and diligent Matthews once had a happy married life with her longtime boyfriend turned husband. She was married to Aaron Doering who is an American educator, public speaker, explorer, and adventure learning pioneer.

The couple had very common interests in travel & research and were very attached to each other.  They also have a son together Eli who is absolutely adorbs! They might have seemed like the couple truly made for each other, but like any couple, they had their differences and sadly those differences couldn’t be sorted out. The couple is speculated to have separated earlier this year as her ex-husband proposed to his new love in May 2018.

It must have been difficult for Amy to separate from her husband, but every end is a new beginning. We wish the beautiful Amy all the happiness in the world ahead!