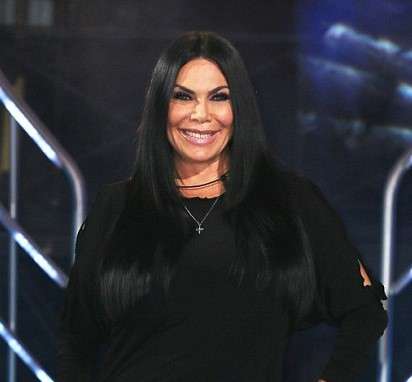 Women in mob families are often subdued, but Renee Graziano was not one of them. The American television personality used her experiences in the family and turned it to her advantage, not caring who she angered along the way.

The New York native is a reality television personality and author, famous for her participation in reality series Mob Wives and Celebrity Big Brother.

Mob Wives: Renee gives relationship advice to her son from her ex-husband AJ on the show Mob Wives (published 30 Jan 2015)

Renee Graziano has made reality TV her forte, with most of the shows based on her personal life.

Born on 12 July 1969 in New York City, Renee Graziano is the daughter of American mobster and consigliere of Bonanno crime family, Anthony Graziano.

Jailed multiple times in his life for tax fraud, racketeering, extortion, illegal gambling and many other crimes, Renee’s father has spent around 15 years in prison.

Although muscular in her built, Renee only stands at the height of 5'4".

Immersed in mob culture from a young age, Renee went on to make use of that information for her famous VH1 television series, Mob Wives, which follows women after their family members are imprisoned for the various crimes. Conceived and produced by her sister, Jenn Graziano, the Mob Wives, went on to air for six seasons, and Renee was an integral part of each one.

Because of their involvement with the show that often times exposed the mafia culture, Renee’s father doesn't speak with her or her sister.

As a regular cast of Mob Wives, and as a participant and second runner-up in the 18th installment of Celebrity Big Brother UK, Renee has amassed a salivating net worth of $2 million.

A daughter of a mobster, Renee married another mobster, Hector Pagan Jr. Her husband was initially an accomplice to her father, but later turned into a DEA informant and started ratting him.

This betrayal separated Renee from him, in spite the fact that Renee still loved him, which she confirmed later during a Mob Wives episode, in which Hector also appeared.

She didn't try to reconcile with her ex-husband though, and things died out.

After the separation with her husband, Renee has had a series of boyfriends, including former NBA star Sam Mack, who she was dating for a while back in 2016. It was probably most lovable relationship Renee had had, and yet due to some circumstances, it couldn't last.

Come 2017, she started dating Joe Gambino. It which went well on for a few months; the couple even appeared in the ninth season of Marriage Boot Camp. But it soon ended with a blazing row, Renee throwing a punch at Joe and Joe called her names and shaming her.

After the Joe-incident, there has been no news of Renee having any other boyfriends, or even of casually dating anyone.

Renee has survived an angered father, a betrayer husband, a vulgar boyfriend. Even if she hasn't been able to find a boyfriend to date, it won't be the worst thing that happened to her. Rather, it maybe be that best thing if she uses it to her advantage as she did with her mob-family upbringing.