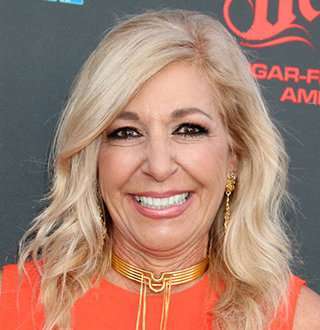 For American jurist Patricia DiMango, her role as a reality show judge has helped peek into the smart and wise side of her but when it comes to her personal life all the doors are closed and to get a peek into her love life is impossible as she likes to keep it behind the curtains.

Patricia DiMango is an American Jurist who is best known as one of the three judges on the panel court show Hot Bench, created by Judge Judy Sheindlin.

She has appeared on several radio shows and television programs including Wendy Williams, Rachael Ray and Steve Harvey. She has also been featured giving legal insight on stories on Entertainment Tonight, Fox News, Inside Edition and The Insider.

Besides reality show, DiMango was highly involved in the judiciary service and was appointed as a Judge of the Criminal Court of the City of New York by Mayor Rudolph Giuliani in 1995.

Brooklyn native Patricia DiMango was born in 1953 in a family of four as the daughter of Mafalda DiMango and Anthony DiMango. She celebrated her 65th birthday this year in 2018. She has a sister named Joanne DiMango. Her father, Tony, was a prominent dentist and her mother, Mafalda, a longtime school board official.

Utilizing her degree in the best way possible she started off her career as a college professor and NYC Public school teacher focusing on the special education of children with emotional and intellectual deficiencies. But soon her career took a U-turn when she pursued a Juris Doctor Degree.

After achieving such heights in the judicial service in 2002 she was elected as the justice of the Supreme Court of Kings County. Over the course of her careers, she has been involved with numerous other high-profile cases, including murders and other crimes committed against children, and hate crimes. In 2014, she finally earned fame widely after she joined the show Hot Bench, a courtroom program with three judges which seek justice by arguing the merits of cases in an entertaining and informative fashion.

When it comes to her earnings we can definitely assume her net worth is a million dollars considering her decades of service in the judicial field and as a judge in a popular reality show. As a judge, she earns an estimated salary of $88,248 dollars every year.

Is Patricia DiMango Married or Single in 2018?

As much fame she has earned as a reality star and jurist, she has been successful in keeping her personal life out of the media spotlight. She is said to be long-divorce without any children from her past relationship.

And currently, whether she is married to a husband or is still single is a mystery to the world.

To top that mystery off, she isn’t active in any social media which hints to the fact that she isn't interested in sharing her personal life and it's glimpses with her wide range of audiences. Well, this might be the sole reason on why her personal and married life never makes it on the headlines!

If she decides to share a part of her life in the future we would love to meet the wise jurists’ husband if she happens to be married!