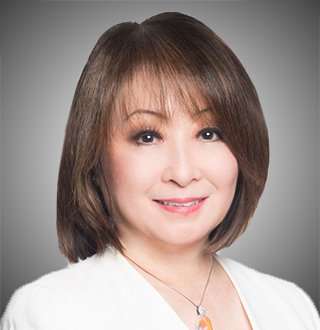 As much as Mutsumi is uncovered about her professional life, she is an ace at conserving her personal life being away from the glare of publicity. But, let us help you get along her mysterious personal life.

The Canada broadcast journalist and famous reporter Mitsumi is best known as being the reporter of CTV News. Setting watermark in the Journalism as being the veteran and experienced journalist, she's even received a lifetime achievement award as of serving the CTV networks for almost three decades.

Besides, she's also portrayed some minor roles of news presenters in some TV shows, movies.

Mutsumi's Bio Reveals Her Birthplace Is Japan & Workplace Is Canada

Born in Shiroishi, Japan in the mid-1950s, Mutsumi Takahashi celebrates her birthday on every 21st of January.

Although she was born in Japan, she moved on to Canada when she was at the age of 6 years old. As of which, she grew up in Cote Saint-Luc Quebec, Canada with her siblings and parents and holds Canadian nationality. She belongs to Japanese ethnicity.

Mutsumi is one of the graduates from Concordia University in the BA of the class of 1979. She also holds a degree of MBA which she gained in 1995.

As for her height, the Japanese approximately stands at the height of 5 feet 5inches.

Know About Mutsumi's Professional Career; Where It All Started For Her?

It all started for Mutsumi in 1982 when she debuted as a news reporter at CFCF after an impressive intern at CKGM and then as a newsreader and interviewer at CJFM.

After only four years working as a news reporter, her investigative awareness and unique style of journalism quickly took place at the anchor desk of CFCF News. After a lengthy spell at CFCF, she joined Pulse (CTV News) as a news presenter in 2006, where she presented news alongside Bill Haugland.

Alongside such a blissful career she's had, she even added an accolade of a lifetime achievement award in 2017 as being the lead anchor of Montreal's top-rated newscast, CTV, for more than three decades.

Know About: Know Christina Cindrich's Rumored Husband! Is She Really Married Or Single In Personal Life?

As for now, Mutsumi, who survives as Montreal's most popular English language TV newscaster, is still associated with CTV and roles as a host of CTV news with Paul Karwatsky at noon and weeknights.

With Such Magnificent Career, How Much Does She Aggregate As Salary?

Throughout Mutsumi Takahashi's career as a Canadian media personality, she has been able to mark herself as one of the A-lister in the game and has been mustering the revenue with her worth-it skills and achievements.

Taking into account with such a blissful career of her, there's no doubt that the famous newscaster is relishing a luxurious life. However, the exact numbers of her net worth are still undiscovered.

According to the PayScale, an estimated salary at the CTV News is about $ 59K. Given the fact that she's been working for the CTV news for over three decades; she indeed is enjoying a large amount of the income.

As a whole, Mutsumi has had it all in her career but let's know about what is behind the curtains (personal life) of her.

Is Mutsumi Takahashi Married To Husband?

Just like her splendid career, Mutsumi Takahashi is a happily married woman with Michel Cayer; her longtime boyfriend turned husband.

However, the Japan-born lady has remained mum about the information of her tying the knot with her husband until yet. Although the most talented Canadian journalist tries to hide it all under her hat, reliable source, Montreal Gazette spilled the beans that she has been relishing intimate lifestyle in the Montreal West home with her husband, Michel but have not added any children in their family as of yet.