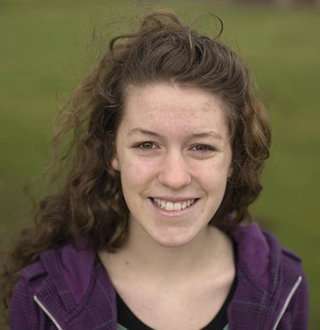 Molly Jo Roloff, also known as Molly Roloff is a television personality, actor, and director, who is a part of the Roloff family, staring in TLC's show, Little People, Big World. The show is based upon Molly's family including her parents and her brother Zach who are all diagnosed with dwarfism. She has been featured in almost 200 episodes of the show which has helped her garner a net worth of $300 thousand.

Molly Roloff was born on September 17, 1993, in Oregon, the United States as the daughter of Matthew Roloff and Amy Roloff, and as the granddaughter of Peggy Roloff and Ron Roloff. She is the only daughter of the family who grew up with three brothers named Jeremy Roloff, Zachary Roloff, and Jacob Roloff. However, any further information regarding her parents, her weight, and her feet size are still under the rocks.

According to her LinkedIn Profile, as in now, Molly with a height of 1.74 m is working in Spokane, Washington at an accounting firm. She had attended  Whitworth University from 2012 to 2016.

Is Molly Roloff Engaged To Boyfriend?

Back when Molly was in college, she met the love of her life, Joel Silvius, who works as a research data analyst at Gonzaga University. Soon, they started dating each other and their long-term relationship got a new name when he got down on his knees and proposed her.

It was the year 2016 when Molly and her boyfriend got engaged in the presence of family and friends.

Letting the fans and well-wishers know about the good news, Molly’s mother posted a picture with her daughter by her side showing off the engagement ring and mentioned that her baby girl got engaged and she is super excited to attend her daughter’s wedding. With Mother And Boyfriend: Molly Roloff posing along with her mother, Amy Roloff and her now-husband Joel Silvius (Picture: Amy's Instagram)

Soon after a year of their engagement, in August of 2017, the couple got married, and Joel officially became her husband for the rest of her life.

The wedding took place at Roloff Farms in Hillsboro, Oregon, as an outdoor ceremony, which was one of the favorite places of Molly. As the couple had previously decided, only a few family and friends were involved on their wedding day. Following, at reception, Molly and her husband danced together in the song; You are the best thing.

As in now, the couple lives together with their baby named Jackson.