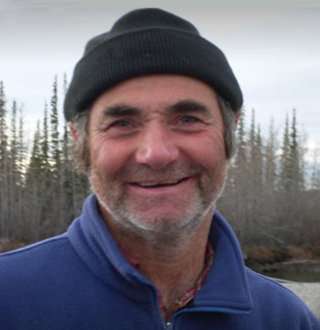 The life of American Survivor & reality star Heimo Korth and his wife was shaped by the loss of their firstborn daughter. However, the rest of the couple's daughters were sent away in hopes that they didn't suffer the same fate as their sister!

The Wisconsin-native is an American outdoorsman, who rose to prominence from author James Campbell's 2004 book, The Final Frontiersman: Heimo Korth and His Family, Alone in Alaska's Arctic Wilderness. As of 2018, the Korth family feature on Discovery’s reality series, The Last Alaskans.

The Last Alaskans:  With Christmas fast approaching Heimo and his wife, Edna, look for the perfect Alaskan tree (Published on 11 November 2016)

A life filled with tragedies and triumphs, Heimo, and his wife, Edna, live in isolation as the most segregated humans living in the most remote location in Alaska.

Born in Wisconsin, on 17 April 1955, to parents, Irene and Erich Korth, Heimo, age, 63, was a welder in Wisconsin. At the young age of 19, he left Wisconsin to become a mountain man in Alaska and never looked back.

It was there in the mountains, Korth met his Edna while living in an Eskimo whaling village on St. Lawrence Island in the Bering Sea.

What is Heimo Korth’s Net Worth?

Heimo and his wife inhabit in the Arctic National Wildlife Refuge, with the Beaufort Sea on the north and Canada's Yukon to the east. They survive in the cold temperature of -50 degrees Fahrenheit by hunting, fishing, and trapping.

Although their lives are quite similar to the olden age, Heimo doesn’t lack any modern tools. From guns, radio, satellite phone, a chainsaw to gasoline-powered snow machine, the married duo have sustained their lives for over 30 years, raising a family in the process as well.

How Loss Of First Born Daughter Inspired Heimo To Stay In Refuge!

In 1984, the Korth lost their firstborn daughter, Coleen, who was two years of age, in the river rapids while canoeing; her body was never found.

In grievances, Heimo and Edna planted a cross for her, where they left flowers in tribute of their late daughter.

Although their menacing lifestyle cost the life of their daughter, they didn’t run away from the dreadful place. Instead, to keep her memories by their sides, they chose to continue living in the refuge.

Heimo and his wife, Edna, have raised four daughters; Coleen, Millie, Rhonda, and Krin. After the tragic loss of their first born, the married couple wanted their other daughters to lead a normal life among the citizens.

While the life of their daughters remains unrevealed, it is known that their youngest daughter, Krin, who is a firefighter, got married to a Marine based in Jacksonville, NC. Although their daughters don’t live with them, however, they make sure that they visit their parents for over for a week once a year.