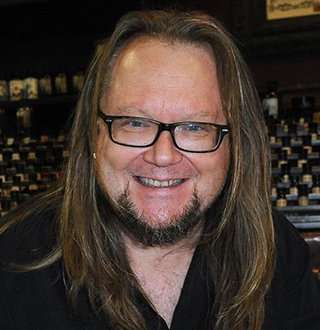 Robbie Rist is one of those celebrities who does not restrict themselves in any particular areas.

The artist started his career as a childhood actor and has made his mark in the Hollywood industry. Alongside his acting career, he has worked as voice actor, singer, and musician.

The US native is mostly notable for his role of Cousin Oliver in the last few episodes of The Brady Bunch and Martin in Grady. As a voice actor, he has landed his voice in different TV shows, games, and movies that include Doc McStuffins, Final Fantasy X, Naruto and in 1990 film Teenage Mutant Ninja Turtles.

Although Robbie was born in the US, his parents were originally German immigrants.

Robbie Rist has made a name for himself as an actor, singer, musician, and voice actor. He since his childhood starred in a number of movies and TV shows such as The Brady Bunch, Big John Little John, The Mary Tyler More Show, Sharkando and many more.

Maintaining an active screen career, Robbie Rist has also consistently upheld equally essential aspects of his Rock 'n' Roll life. He has been linked with the bands Wonderboy, Cockeyed Ghost, The Anderson, Nice Guy Eddie, Steve Barton, and the Oblivion Click. He has also produced albums for many bands like KingsizeMaybe, and Jeff Caudill & The Goodtimes Band.

As of today, Robbie Rist plays drums for the band Your Favorite Trainwreck and has an estimated net worth of $300 thousand.

Robbie Rist Is Finally Taken; Who Is His Fiance?

The 54-year-old actor got engaged to his soon to be a wife, Ali Riseling Thomas in November 2018. His fiance Ali is a certified Holistic Health, Wellness & Life Coach at Sparkling Soul Wellness. She is originally from Tulsa, Oklahoma and currently resides in Los Angeles, California. You May Like: Maurice DuBois On Overcoming Obstacles With Wife! Married The Right Person

Since Robbie is an active social media person and likes to post the pictures of the couple frequently in his Instagram, he will surely let us know about details regarding his possible/soon-to-be married life with wife; it's gonna be a great treat for his fans whenever he makes the announcement.