Nick Zano Getting Married? She Just Might His Wife To-Be Amid Gay Talks 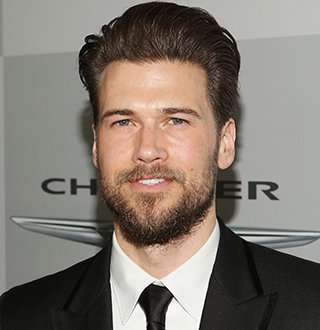 American actor Nick Zano for the past decade has wowed fans with his versatile acting ability. His good looks and acting abilities have made him a fan favorite. His passion for writing, directing and acting can be seen throughout his career. As a young kid growing up, the New Jersey native originally had the dream of becoming a Navy Seal. But that all changed when he watched the 1990’s movie Goodfellas. It was then Zano knew what he wanted to do and thus began his journey to fulfill his dream.

Zano had starred in some series, but his big break came when he landed a role in the Warner Bros series “What I Like About You” in 2003. Since then, Zano has made appearances on numerous hit series such as 2 Broke Girls, Seventh Heaven, Legends of Tomorrow, and Cougar Town.

This is How Much Nick Zano Net Worth Is

Zano has amassed quite a fortune through his time in the acting business. He has starred in many successful series and has made guest appearances in countless hit series.

He has also hosted the MTV TV series Movie House.  Along with acting, he has also dipped his fingers in the producing aspect of the business with TV series Why Can't I Be With You?. All this has led to him accumulating a hefty sum of money throughout his career.

He was born on the 8th of March,1978 in Nutley, New Jersey, USA. Growing up, Zano did not have a relationship with his biological father. In a 2018 Instagram post, he mentioned that he never met his father and that he grew up with his grandfather, step-father and his mother, Linda Calise.

As for his ethnicity, he is said to have Italian/Sicilian and Irish ancestry. He stands at a decent height of 6 inches or 1.83 m.

Questions About Nick Zano's Sexuality; Are The Gay Rumors True?

Good looks and excellent acting ability has helped Nick Zano amass a large number of the fan base out of which many of whom are females. But regardless of the love he gets from his fans; he also has to encounter rumors and speculation.

Read More: Erica Hill Is Parents With Husband At Age 41! Ethnicity, Salary And Other Facts

Fans had started to speculate about Nicks’ sexuality because he had been private about his love life. However, Zano dismissed those rumors revealing about his beautiful girlfriend and their small, growing family.

The actor had been dating the Canadian actress Leah Renee Cudmore since 2013. He and his girlfriend had stayed low-key about their relationship before the birth of their first child, a son.

However, they have yet to get married and be labeled as husband and wife.

Everyone has to go through ups and downs in their life. Those ups and down may feel hard and complicated. But once you pull yourself up and get through those hard times, you emerge as a newer, stronger person.

Just like that, Nick and his girlfriend Leah had to go through possibly one of the hardest times any parent could go through. But with the help of experts, they were able to get through the tough period. The two couple have come out of 2018 stronger and more in love than before. In a heartfelt Instagram post in 2018, Zano revealed that their newborn daughter had to go through life-saving surgery a day after her birth and that she spent over a month at the hospital. But through intensive care, their little angel has now fully recovered and is healthy as ever.