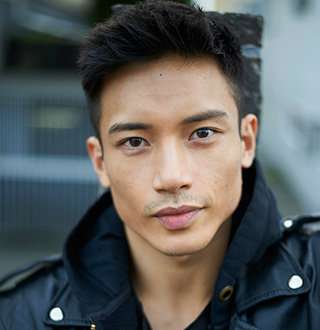 Filipino-Canadian actor Manny Jacinto does not seem to have not learned the lesson. Despite, repeated attempts by his girlfriend to not be selfish--he seems to be just that. Or else why would the actor be keeping the cards about his personal life close to his heart, leaving fans guessing not just about his relationships, but also his sexuality.

Manny Jacinto is best known for his portrayal of Jason Mendoza in the NBC comedy The Good Place that premiered in September 2016. His role in The Good Place was universally acclaimed, with the Vanity Fair claiming him to be one of the 15 brightest new talents to keep an eye on for 2017.

Age Of Mixing In: Manny Jacinto talks about the representation of Asian in Hollywood during the opening night of Visual Communications’ 2018 Los Angeles Asian Pacific Film with PacificRimVideoPress (Published on 8 May 2018)

You May Also Like: Tabatha Coffey Partner & Bond; Real Reason Why She Won't Marry Girlfriend

What may remain unknown to most is, Manny has been trying to make a name for himself for quite a long time and even had portrayed role of Diego in the episode Pac-Man Fever of the WB's series Supernatural’ in 2013.

Manny Jacinto’s Bio(Age): Parents Were Insecure Of His Acting Dream

Born on 19 August 1987, Manuel Luis Jacinto was raised in Richmond, British Columbia when he was very keen on playing basketball at a young age. Well, that didn’t last long as he soon went to the University of British Columbia, receiving a Bachelor’s degree in civil engineering and jumped into acting as a career.

His parents, though, were quite skeptical about his career path at first. In fact, at one point his father even sat him down and asked where he was going with his life. Manny, aged 31, was quite confident about what he wanted, so he asked his parents to give him five years; if he was in the same place, he would reconsider things.

But look at how far he has come.

Starting with small roles on TV shows like iZombie, Once Upon a Time, and Supernatural, the 31-year-old actor was soon cast to play a major role in The Romeo Section as Wing Lei in 2015. And that role brought him a Leo Award nomination for Best Supporting Performance in a Dramatic Series.

It was in 2016 when Manny who stands at the height of 5 feet 10 inches (1.8 meters) landed his big break in the NBC comedy The Good Place as he played the praiseworthy role of Jason Mendoza/ Jianyu Li.

He had his acting skills on point and in September 2018, it was announced that Manny would be cast in Top Gun: Maverick, that will also star Tom Cruise. And with all of the fortune he has garnered through acting, it's safe to say that his net worth is calculated in millions.

Who Is Manny Jacinto's Girlfriend?

As a person who is immensely loved by his fans and by fans we mean the fangirls who fawn over him all the time, you might be wondering if Manny has a girlfriend who is probably his No.1 fan.

The heartthrob does have a girlfriend on-screen who helps him become less selfish. His character is genuine and his feelings for girlfriend Janet is as vivid as it gets which had many with mouth gawped saying ‘aww.’

But quite surprisingly, Manny does not seem to be following his on-screen girlfriend's lead in real life. He hasn’t been linked romantically to anyone in real life and despite dating on TV he is single in real life.

Yup ladies, you still have a chance to grab a place in his heart.

Then again, his absence from romance has not only brought adulations from female fans trying to find a place in his heart but also thrown him speculations about him being gay.

And Manny doesn’t seem to be too bothered by the gay rumors, as he’s too busy getting ready for the third season of The Good People.

If he does come out as gay, his wannabe girlfriends are sure to get struck by lightning. But since his fans seem quite loyal, there’s no doubt that they’ll be supporting him no matter what.

Cause we love him for who he is, not who he may be!