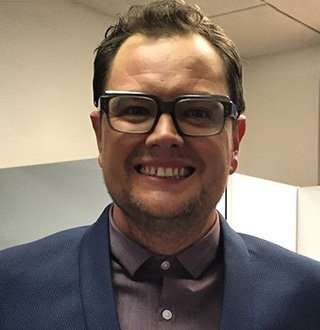 It’s needless to say that most people are likely to go extortionate on their wedding day- making their big day worth remembering not just for them but also for all attendees. But openly gay British comedian, Alan Carr had his wedding idyllically in the presence of just four guests. And guess what singer Adele had a big part to play at the wedding.

English comedian Alan Carr shot to fame after he won the BBC New Comedy Award in 2001. He is well known for his observational comedy both in televisions and in radio shows. His most admired works include Alan Carr: Chatty Man, The Friday Night Project and Stand Up To Cancer Uk among others.

Show Time: Pop singer, Adele talking about what it's like being one of the most influential pop stars in the world on Alan Carr: Chatty Man (Published: 2 May 2017)

The funnyman has earned plenty of honors in his career.

He is the recipient of 2007’ British Comedy Award for Best Live Stand Up, 2009’ Royal Television Society Entertainment Performance of the Year, 2015’ National Television Award for Chat Show Host and so forth.

The comedian was born on 14 June 1976 in Weymouth, England to parents Graham Carr and Christine Carr. He spent most of his childhood in Northampton,  and by the age of 20, he moved to Manchester, where his career as a comedian started.

Alan’s father Graham Carr was a professional footballer, and he shares his parents with a brother named Gary. His family has been positive regarding his sexual orientation.

Alan attended Middlesex University and graduated with a degree in theatre studies. Currently, he is relishing his elite profession making people laugh be it in radio shows or on TV.

The openly gay man found another proud gay man, Paul Drayton as his partner. But the partner had a whole conspiracy going behind his back to break down his jaws.

Calm down, fellas! The conspiracy was a rather a romantic surprise- an overwhelming wedding proposal that Paul made in 2016 during their holidays in Lombok, Indonesia. The proposal was plotted on a dinner date where Paul had hidden a ring in the dessert.

Unaware of the hidden surprise, Alan dug into the dessert only to chew on a ring that nearly broke down his molars and get started by the surprise wedding proposal.

Ring Show: Alan Carr Shows off his engagement ring in a picture with his partner, Paul Drayton. (Photo: dailymail.co.uk)

Of course, Alan spelled ‘yes,’ and the gay pair got engaged right there in the restaurant.

So You Thought You’d Get Invited To Alan Carr’s Wedding Huh?

Alan is undoubtedly a big-time bragger when it comes to creating humor. But who would’ve thought he would do total low-key while celebrating his big day, turning fiance beau, Paul Daytron into a husband.

Alan and Paul married in January 2018. The ceremony was attended by only four guests and was officiated by pop singer Adele- who happens to be Alan’s best friend. 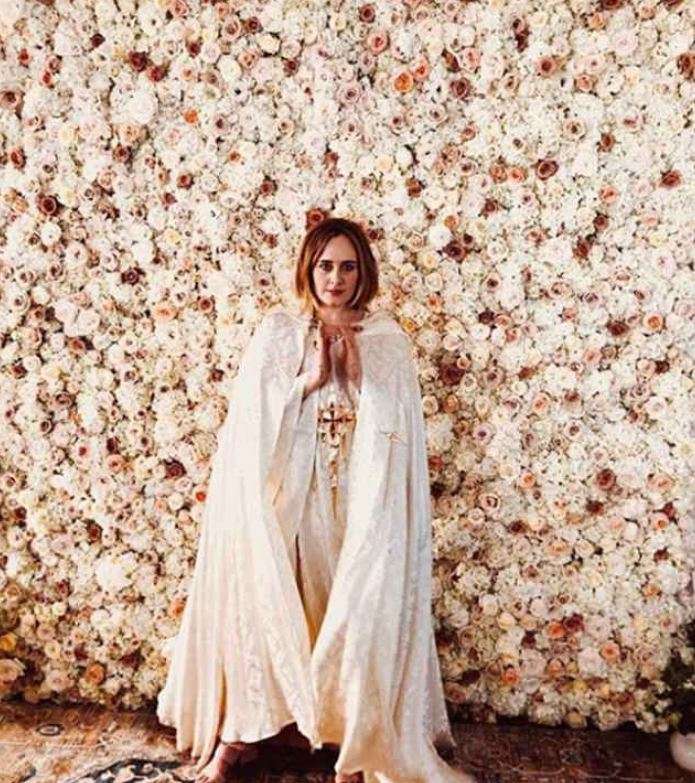 Everybody Say Hi To The Vow Master: Adele pictured in her robe as she officiated her best pal, Alan Carr's wedding in January 2018 (Photo: Adele's Instagram)

Adele gladly transformed her back garden into the wedding venue and what more! She even paid for the entire wedding.

Their wedding was anything but fancy. A backyard decorated with white flowers, four guests, Adele disguised as a vow master and yippie! Alan tied knots with Paul, his beau of ten years.